And so it begins…

Today, I wanted to watch the new HIMYM-episode, so I went to ThePirateBay to download it from my favourite uploader. Downloading has always been legal in Holland, but uploading hasn’t. Instead of finding the trusty pirateship, I got a blue screen. Luckily, not the blue screen of death, but it’s comparable. At least, with a BSOD, you know that restarting your PC helps. With this blue page, F5’ing didn’t work. It was a blockade, put up by Ziggo. 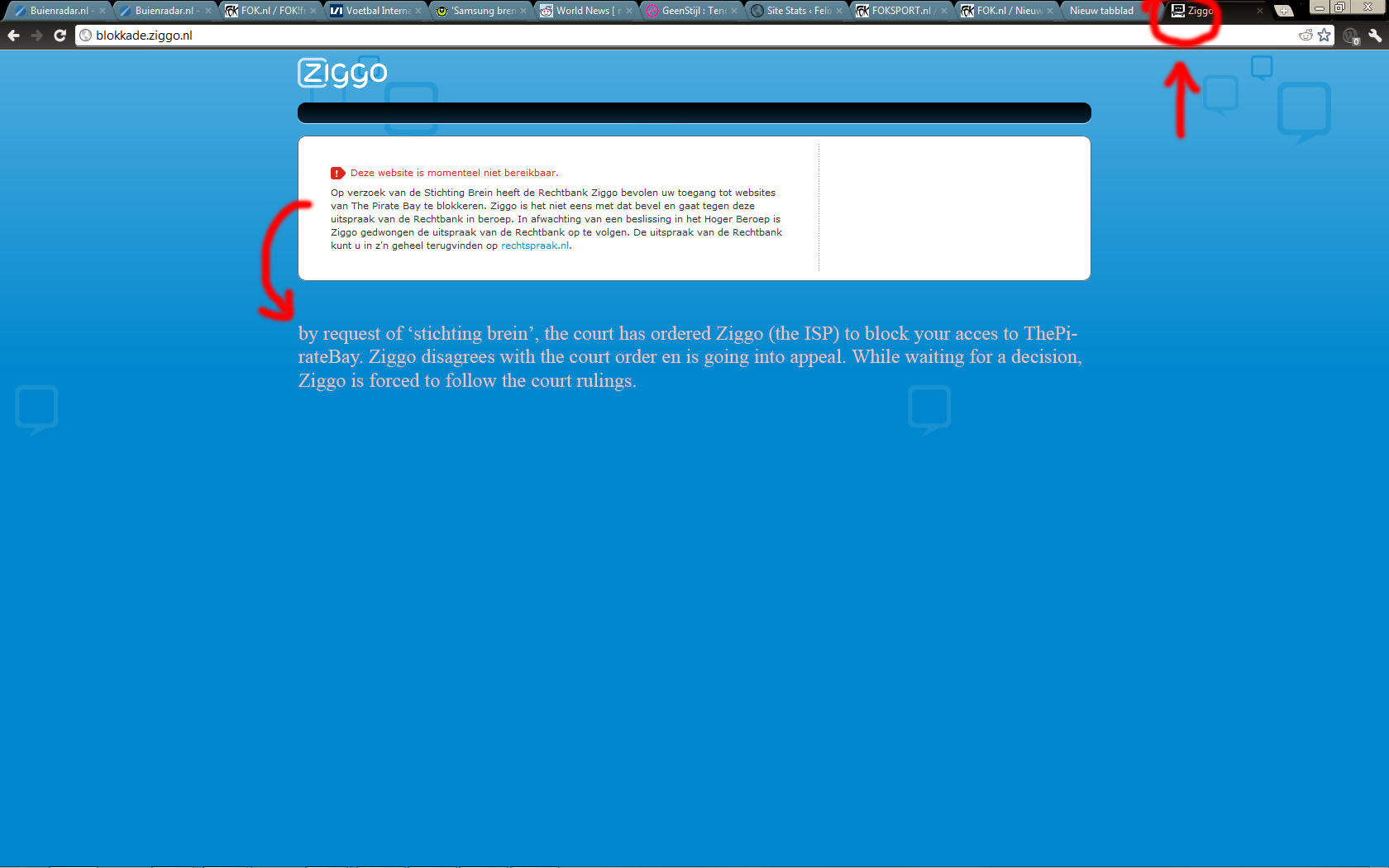 I knew about this in advance, ofcourse, I followed the news about the legal action taken by ‘Stichting Brein’. Even ThePirateBay placed a warning to Dutch users concerning this case. I never expected it to go through. I never expected the judge to rule in Brein’s favor, especially after the government stated the wanted to make sure net neutrality continues. Thanks Montesquieu, for putting us up with a Trias Politica, which basically means any non-elected judge can put up laws like this. Not saying the Trias Politica is bad, but when a court ruling affects so much people, a popular vote has to be held.

So, the PirateBay has been blocked. They are clearly stating they are fighting the rulings. Then why, Ziggo, why did you put a Google Analytics account on the 404-page? Did Brein put you up to this? Are you secretly co-operating with these bastards? 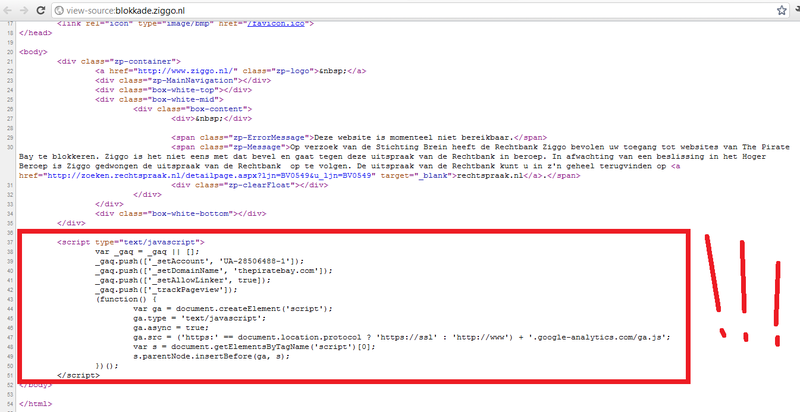 After a media outrage, this has since been deleted from the page, but it clearly states Brein’s intents. What are they going to do with the data? It can’t be anything good.

I was originally going to post about ACTA, but this seems more important now. This needs to stop.