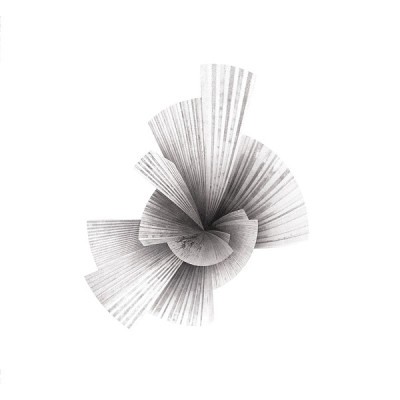 FINALLY! My favorite band returns with a new album. Ever since the EP called ‘M4’, Faunts have been one of, if not the, my favorite bands. Their albums, ‘High Expectations/Low Results’ and ‘Feel.Love.Thinking.Of’ where equally great, though the latter seemed depart a bit from their regular recordings, with shorter songs, and catchier, balanced tunes more reminiscent of pop music. How does the second EP of Faunts hold up to my (very) high expectations? Will it have low results? Read on.

The EP starts out with ‘Alarmed’, which is a re-imagining of their earlier song ‘Alarmed/Lights’ from the album ‘Feel.Love.Thinking.Of’, which was one of my favourites from that album. I’m happy to say, they didn’t fuck it up. I don’t know if it sounds better, but it sounds different. It sounds more like their earlier work, which is both a good thing, and a bad thing. Good, because I like their earlier work better, and bad because ‘Alarmed/Lights’ was originally written with another sound in mind. Reverting it back to their original style luckily works, but it could’ve easily been a hit and miss. However, most of these songs where written between the recording of HE/LR and M4, so it might have been the age-old question of which came first; the chicken or the egg.

The second song, ‘What I’d Love To Hear You Say’, is a lot more ‘happy’ than the opening song. It opens with a guitar riff which makes me think of sunshine. Its individually constructed elements scream ‘M4!’ at me, but none are obvious enough to really pinpoint it to a single song.

There’s sadly no link to the third song, ‘Stay A While’ as of yet, so instead I’m going to skip ahead to ‘Left Here Alone’, with almost 10 minutes the longest song on this EP. It takes very long to pick up some speed, but with Faunts, I don’t even care. This is the one that’s going to sweep you off the floor and take you away, dragging you through your own mind while you make an emotional journey. A great kicker to a very good EP.

A few years ago, I read that Faunts had broken up. Imagine my happiness when I learned this EP was coming out. However, this is reportedly only old material. Which direction the band is taking, whether it is going further on the path taken by Feel.Love.Thinking.Of, or it is returning to the older style, is impossible to judge. To be able to reach an answer to that question, I would have to hear a fully new album. If, and when, because nothing is certain.