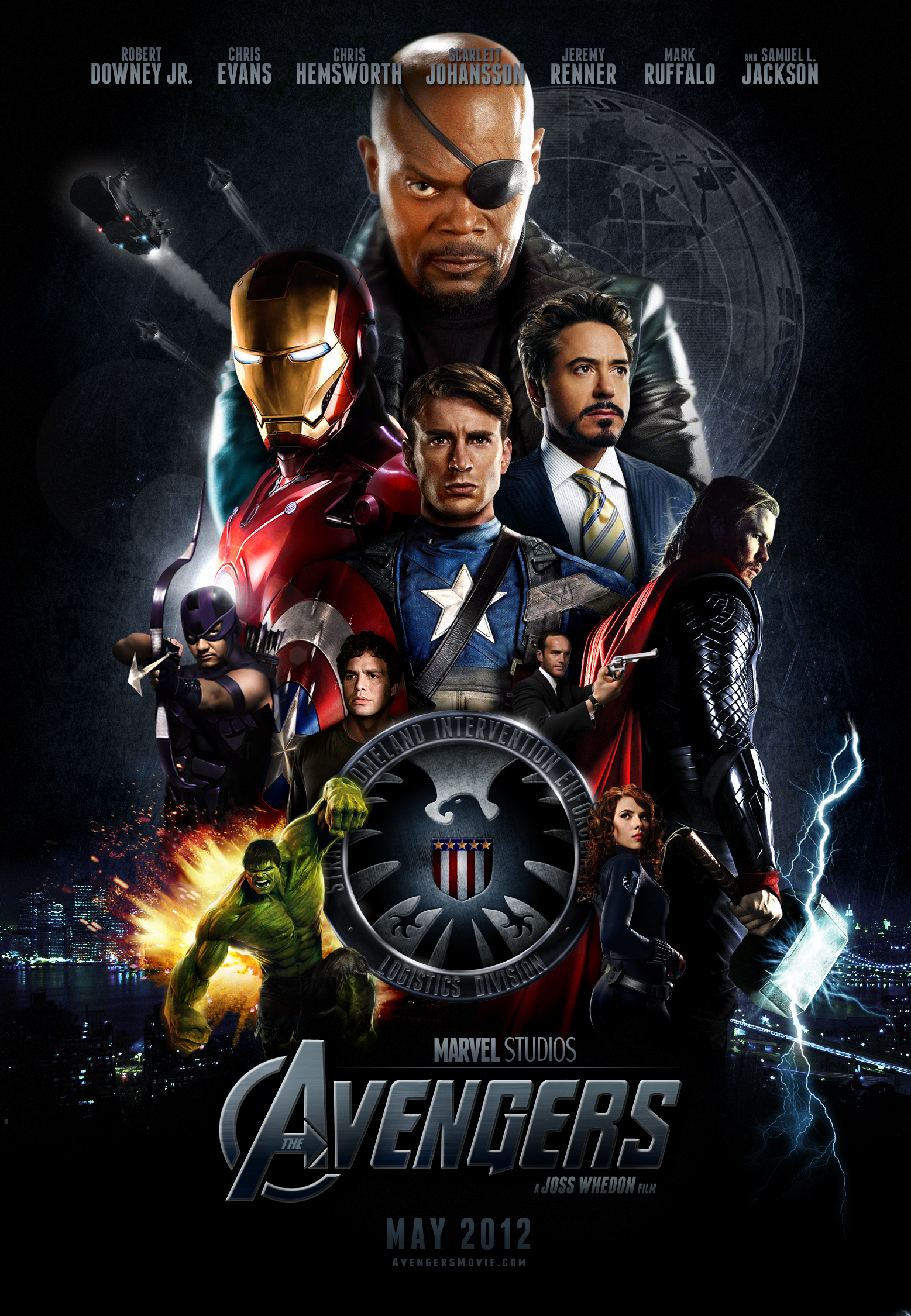 Yesterday was a quiet day. I was at home with two housemates, and neither had anything to do that particular friday night. We were watching TV. An advertisement for The Avengers came on-screen. An idea formed in my head, and I suggested we should go to the cinema. It had been some time since I went to the movies, the last time being ‘The Three Musketeers 3D’. I had seen every origin story (Iron Man, Iron Man 2, Thor, Captain America) so I was prepared anyway. And we went.

The movie starts out with the main antagonist (Loki, as seen in Thor) arriving on earth. immediately, all hell breaks loose. After this initial defeat, Nick Fury (Samuel L. Jackson) needs to mobilize his S.H.I.E.L.D. army, consisting of all of the aforementioned heroes, and more (the latest ‘The Hulk’ is not generally seen as canon). Not all of them are keen to fight, and they need some convincing to join the cause. When they finally acknowledge the threat Loki is forming, they finally put their differences aside and fight side by side to defend the earth from annihilation.

This is all paired with a great sense of humor. Naturally, the best one liners are by Robert Downing Jr. in his role of flamboyant billionaire Tony Stark, also known as Iron Man. Even the Hulk has some grand moments of comedy. Maybe one of the best jokes, however, is made by Chris Hemsworth as Thor. I shall give a short transcript:

Thor: “Loki should face trial in Asgard, as he is an Asgardian and above all that my brother”
Fury: “He killed 80 people the first minutes he arrived on earth”
Thor: “… Adopted brother”

These sharp remarks are there, everywhere in the movie. Even in the final fight, the writers still found a good place to lighten the gravity of the situation by a short gag. Not only does this make the movie incredibly funny to watch, it never gets dull. Combine it with the best action I’ve ever seen in an action movie (leapfrogging the Transformers trilogy by miles), and you’ve got a masterpiece at hand. Yes, it is not as deep as The Lord of the Rings, but its badass-ness is unrivaled.

I’ve never seen Avatar in 3D, so I’m not one to judge on the use of it for this film. I can’t really say if its well done or not. I didn’t really notice it that much, but maybe that’s a good thing. The 3D has only been added in post-production, so the director never began with the thought of making a 3D-movie. I don’t think the film really benefitted from it, but it didn’t hurt either. Watching this film without 3D should be about the same experience as with 3D on.

All I can really say is, I was almost literally blown away by The Avengers. It is the perfect combination of comedy and action. It doesn’t have any dull moments, I was on the point of my chair for the entirety of the film. If you’re interested in seeing this movie, I can only say one thing: pay for the damn ticket and go. There isn’t a single reason in the universe why you shouldn’t go. Convince the industry that piracy isn’t breaking their economy.