Post rock, as a genre, is hard to define. It is a mix of synthesizers and rock music, culminating in a sound that can be described as ‘atmospheric’ at best. It is even harder to suggest to someone to give it a try. The songs are often way over six minutes long and have generally very long intro’s. They have slow tempo’s, lack any real chorus and, more often than not, lack any vocals as well. At first glance, the songs are highly repetitive and monotone. They aren’t catchy. They seemingly lack character. But, when (after five minutes of build-up) the crescendo finally hits, the real pay-off becomes clear.

Individually, the songs on a post rock album are often weak. That is why you will probably never find a post rock song on any sort of chart, or even hear it on the radio. However, post rock songs are not meant to be listened to individually. They are part of a carefully crafted album. A collective of superbly written and well-placed songs. When listened to as a collective, a post rock album takes you on a journey away from reality. Its atmospheric mix really shines when taken as a whole. ‘Every Country’s Sun’, Mogwai’s new 2017 album is no exception.

Actually, ‘Every Country’s Sun’ does offer a small exception to the general rule of thumb above. The album opener, ‘Coolverine’, is one of the more light-hearted and catchy songs ever to be produced in the Scottish band’s 22 years of existence. The song itself was released a couple of months before the album’s release date and slightly worried me about the direction Mogwai was heading for this album, possibly trading their strengths for a more generic but ultimately much more profitable pop-sound. Even though the song is still well over six minutes long, it offers a sound of light-hearted optimism. Even my girlfriend, who had previously described albums by Mogwai as ‘depressing’, liked the song.

Still, Coolverine is a very good song. Even more, my fears were proven wrong. While yes, the second song (‘Party in the Dark’) offers a more traditional rock sound – it even features vocals by Stuart Braithwaite for the first time in about a decade. But, having these two songs out-of-the-way, ‘Brain Sweeties’ is a return to form with a wonderfully crafted and dark build-up on par with anything Mogwai has produced before. And, even better, the more casual listener is already pulled in by this point catching them with their traditional quality by surprise.

‘Crossing the Road Material’, the fourth song, is like a one-two punch combined with the previous song, as it features a much more up-tempo and optimistic tune. ‘aka 47′ gives the listener some time to catch a breath but returns with a vengeance halfway into the song as the synthesizers slowly swell towards the song’s crescendo. ’20 size’, already the sixth song, is of decent quality but ultimately somewhat of a bridge between the first half of the album and the second. This bridge is needlessly elongated by ‘1000 foot face’, a song which shows promise but fails to deliver by the end of it.

A song which does deliver (bigly!), is ‘Don’t Believe the Fife’ – just when you think the enjoyable part of the album is over and it is going to wither away in a corner. ‘Don’t Believe the Fife’ starts out with probably the slowest and longest build-ups on this album, but when it eventually reaches crescendo at around the four-minute mark, the past disappointments from the previous two songs suddenly turn into something which was worth the wait, and really shows how well the songs have been arranged. The last two minutes of ‘Don’t Believe the Fife’ are easily the most euphoric minutes I’ve ever experienced while listening to any album. If, by this point, you still don’t enjoy this album, you might as well turn it off – this type of music simply isn’t your thing. And that’s okay.

The album’s ninth song, ‘Battered At a Scramble’, gives the audience time to contemplate what it just listened to with a sole electric guitar playing quiet yet distorted tune. ‘Old Poisons’ really shakes you awake with its up-tempo, almost metal-like rhythm, only to arrive at the album’s final hurrah, the album-titled ‘Every Country’s Sun’. This song sounds like an apology from the band to their fans, saying that they regret that the journey which they have taken you on for over fifty minutes by that point must come to an end. By the three-minute mark, this apology turns into a grand encore of everything which made the journey enjoyable. It really marks a definitive end to the record and is a proper send-off for such a great record.

‘Every Country’s Sun’ is as good as it gets. I might be biased, but each Mogwai record seems to be able to improve upon the previous album. I haven’t written a music review in years, but I needed to make an exception for this one out of love for the craftsmanship by the band and the producer (Dave Fridmann), with whom they worked on the 2001 and 1999 albums ‘Rock Action’ and ‘Come on Die Young’. While yes, individually, some songs lack character or strength, the album as a whole is a master of misdirection. Just when you think you know what you are dealing with, it changes direction for the better. Just when you get tired of listening to it, it introduces a new element to pull you in again. The best albums don’t give the listener exactly what they want, they give the listener what they don’t know they want. Every Country’s Sun is such an album, and I can thoroughly endorse it. 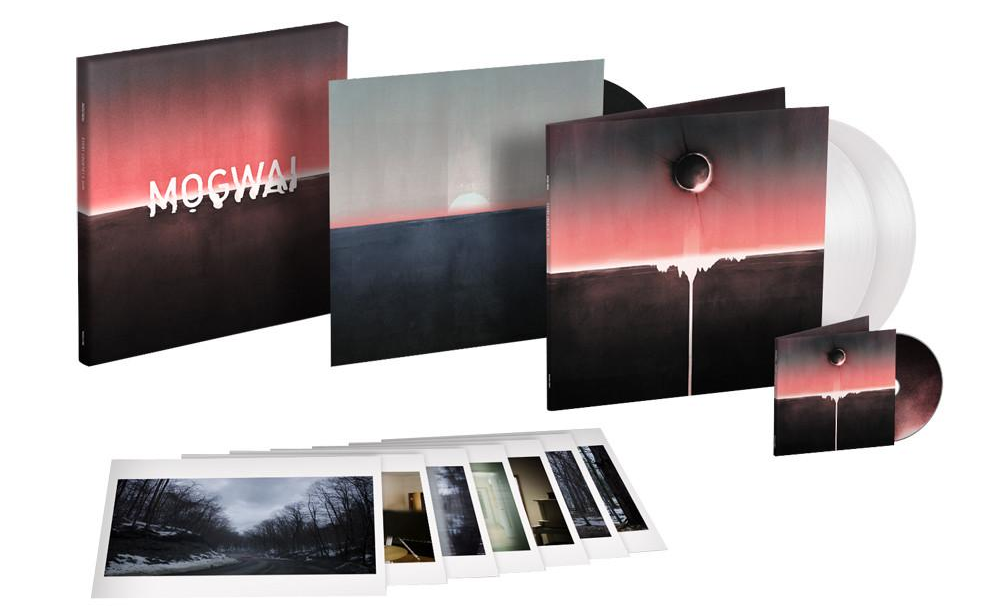