‘Project Democracy’ Almost At An End, Winners Will Soon Be Decided 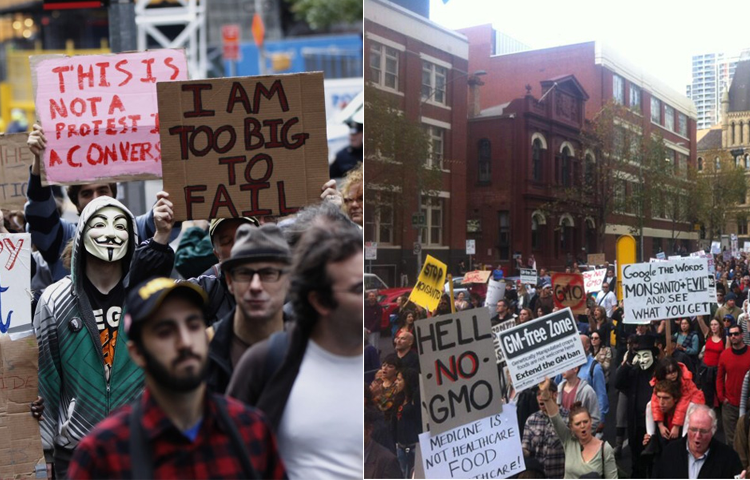 The long running experiment called ‘Democracy’, which has run for over 200 years now, is soon to be ending. The longest running social experiment, outliving other experiments like ‘Big Brother’, ‘Germany’s Next Fascist Leader’ (famously won by Adolf Hitler) and ‘Marxism: Who Can Starve The Most People’ (won by Mao Zedong) by a mile. The project has seen some ups and downs through the times, but the world leaders have now finally decided to call it quits. By the end of the year, a winner will be decided, which is rumoured to be either a corporation or a bank. Before it ends, let’s do a quick recap.

Project Democracy was introduced by, like many social experiments, by the English. It was an adaptation of the ancient Greek system, the rule of may (demos kratos). Already proven to be inefficient, the English thought it would be interesting to see how long they could stretch the lifetime. So the English slowly introduced it as to not cause an uproar. First, in 1689, they introduced the English ‘Bill of Rights’, which gave the people some degree of control over their parliament.

The French saw the English experiment and tried copying it, as they did with many things during those days. In 1789, French officially became a participant in Project Democracy. However, like many French initiative, it failed when Napoleon Bonaparte seized control and started ruling most of Western Europe. Napoleon was defeated when he misjudged the size of Russia, because satellite-imaging wasn’t available at the time and all of the maps he used where French.

In 1848 however, there was a turning point in Project Democracy’s existence. Many nations, one of which The Netherlands, spurred on by Karl Marx (who later became the founding father of ‘Marxism: Who Can Starve The Most People’ because he wasn’t satisfied with the duration of Project Democracy) started participating in the project.

During these feeble years, the project was mainly a plaything of the rich. However, many men wanted to be a part of it, and the bar was set lower and lower, until around 1900, most men could vote on the guy of their choosing. By 1920, even most women were allowed to vote, and the project became of less and less value to the people who originally started it.

In order to do a complete reboot, Germany started the project called “Germany’s Next Fascist Leader” during the roaring twenties, after the Italian example had proven to be a huge hit in Italy, where Benito Mussolini gave people a reason to once again give value to Democracy. However, the winner of GNFL, an Austrian artist called Adolf Hitler, didn’t think he got the recognition he deserved from people for winning the contest. He thought he sacrificed enough to win, to also have the rights to rule Austria, the Czech Republic, and parts of Poland. His hunger for recognition knew no bounds, when he started the second World War. Ultimately, Hitler went mad and blamed the Jews for his lack of recognition in the world, so he rounded them up and killed them. We all know how Hitler came to his ultimate downfall, so I’m not going to spend any unnecessary words on the subject.

After the second World War, the United States still saw some value to the project, and forced half the world to participate. The other half had been convinced by Russia’s example to participate in the Marxism project, and a contest between the two main project, which would later be called the ‘Cold War’ began. In the late ’80s, the Russians decided the experiment was over and that it had mostly failed. They concluded that Mao Zedong had won for China, with an estimate of 50 million deaths. A distant second came Stalin, representing Russia with 20 million.

During the Marxist-era, democracy was divided by a few factions which were struggling for power in each respective participating nation. Social Democrats ruled most of Europe, while Conservatism had gotten a steady foot on the ground in the United States. Conservatives started flirting with Capitalism, and slowly grew to become one.

When the Marxist experiment ended, many former participating nations started to rejoin project Democracy, except for Cuba and North Korea. Both didn’t want to become last, and are currently still struggling to decide who can starve the most people. North Korea however, is currently in the lead, and Cuba is about to give up seeing how North Korea’s new dictator, Kim Jong-Un, has started to intensify efforts to starve his people.

Back to project Democracy. In many nations, corporations have been given the same rights as humans, thus creating a new entrant in the contest. Banks, backed by their respective governments, almost lost the race in 2009, but made a big return. Except for the tiny nation of Iceland, where banks have become disqualified due to mismanagement. This could have been the case as well in many other nations, but their sympathy pleas where too convincing and they have been given government support in order to rebalance the contest.

Corporation were given a big boost during the 80’s, when Margaret Thatcher and Ronald Reagan decided to gift them some much-needed supplies, like power infrastructure, railroads and other government utensils. This example was, much to the real people’s annoyance, followed by more Western nations, like Australia and the Netherlands. When the governments stepped back, the corporations stepped up, and due to some dodgy tax codes, they started dominating project Democracy.

The people are still divided amongst themselves. There have been factions coming and going, and the most recent arrival, the Green Movement, is already starting to die down because the corporations have started a new initiative called ‘Lobbyism’. The strongest disagreement can be found in the United States, where two forms of capitalists (deceivingly named “Democrats” and “Republicans”) are creating a big show as the finish line draws near. Most people in the US have no clue that they have no chance to win left, as the banks and corporations struggle for the lead.

However, due to long protests against the contest and the unfair advantage of Banks and Corporations around the world, governments have agreed to suspend the project and said: “It is time to announce a winner. People demand it.”

It is unknown who is going to win. Some names have been dropped, like Monsanto, but no one knows for sure as of yet. Who will win and receive the rights to rule the world for the next 100 years? As rumor has it, it is likely to be either a bank or corporation. However, judges might also favor a reboot of the project. Some have already coined the term “Democracy II: The Two Towers” – intelligently named after the huge towers the people have to climb to overcome these two antagonists if the project receives a reboot.

It has been an exciting ride, with some very memorable moments. But as they say, all good things must come to an end.

A ruling is expected to be made before the first of January, 2014. Until then, hold tight.