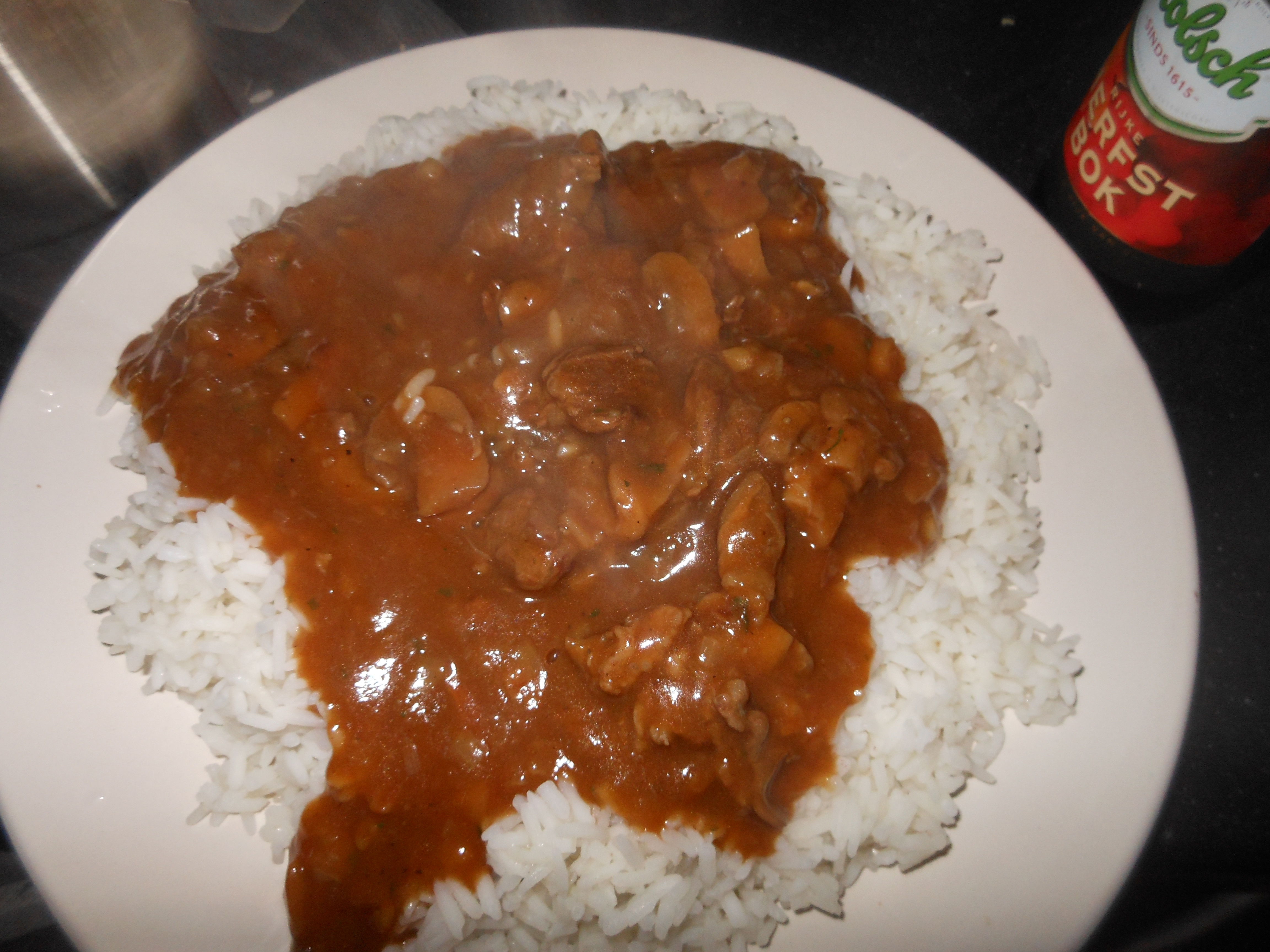 Do you see the above picture? Do you think; “hmm, that looks good. But how do I make such a meal?” Have no fear, Felix is here. I will tell you how to make this, both in pictures and text. I like to cook, and I like to experiment in my cooking. Also, I don’t ever do measurements, so you won’t find any in this recipe either. Every now and then, when I’ve made something worthwhile, I will share it in a blog post. This dish is called Hachee. It’s a Dutch classic, originating from the medieval period. Here’s how to make it. 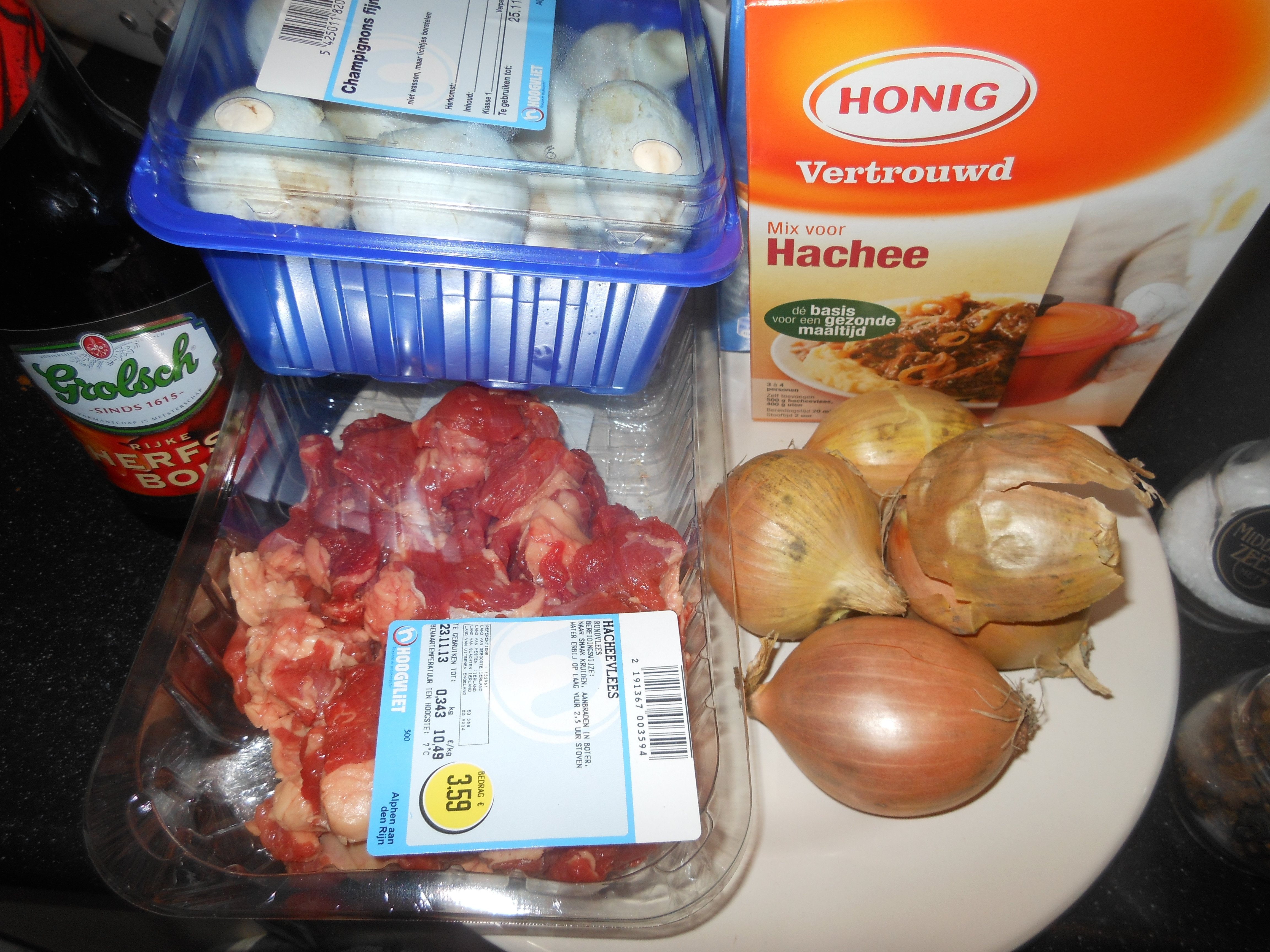 But first, this is what you’re going to need in order to make it:

Step 1: Preliminary Phase
Start out by slicing up the mushrooms and onions. You can slice them up in big pieces. Take out the meat and spice it up with the black pepper and sea salt. You can change things up with some non-intrusive herbs, such as parsley. I did no such thing, however. Heat up a pan and butter it up. Once the butter turns brown, throw in the meat. Sear it up, it should be well done before you throw in your freshly sliced up condiments. 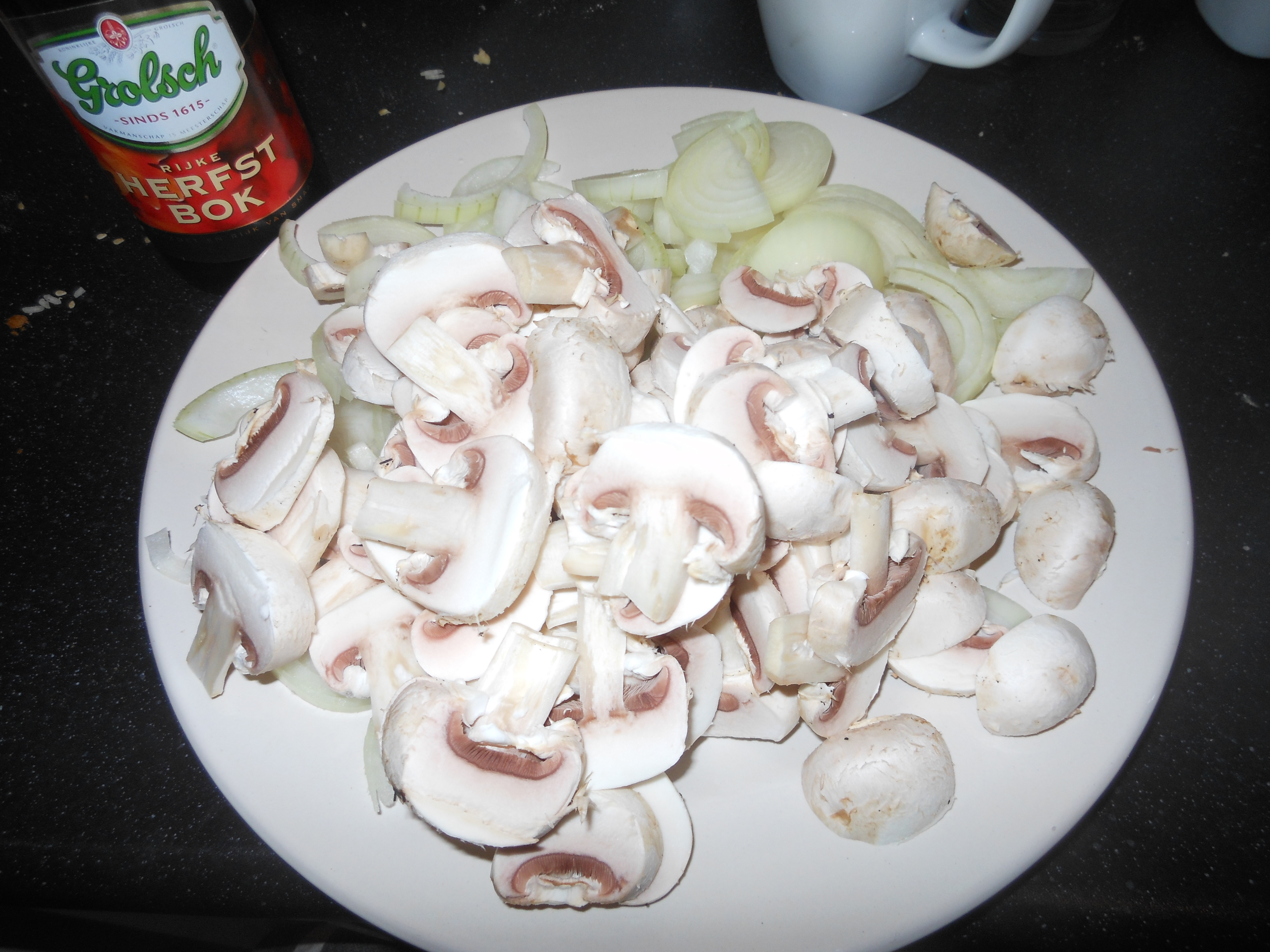 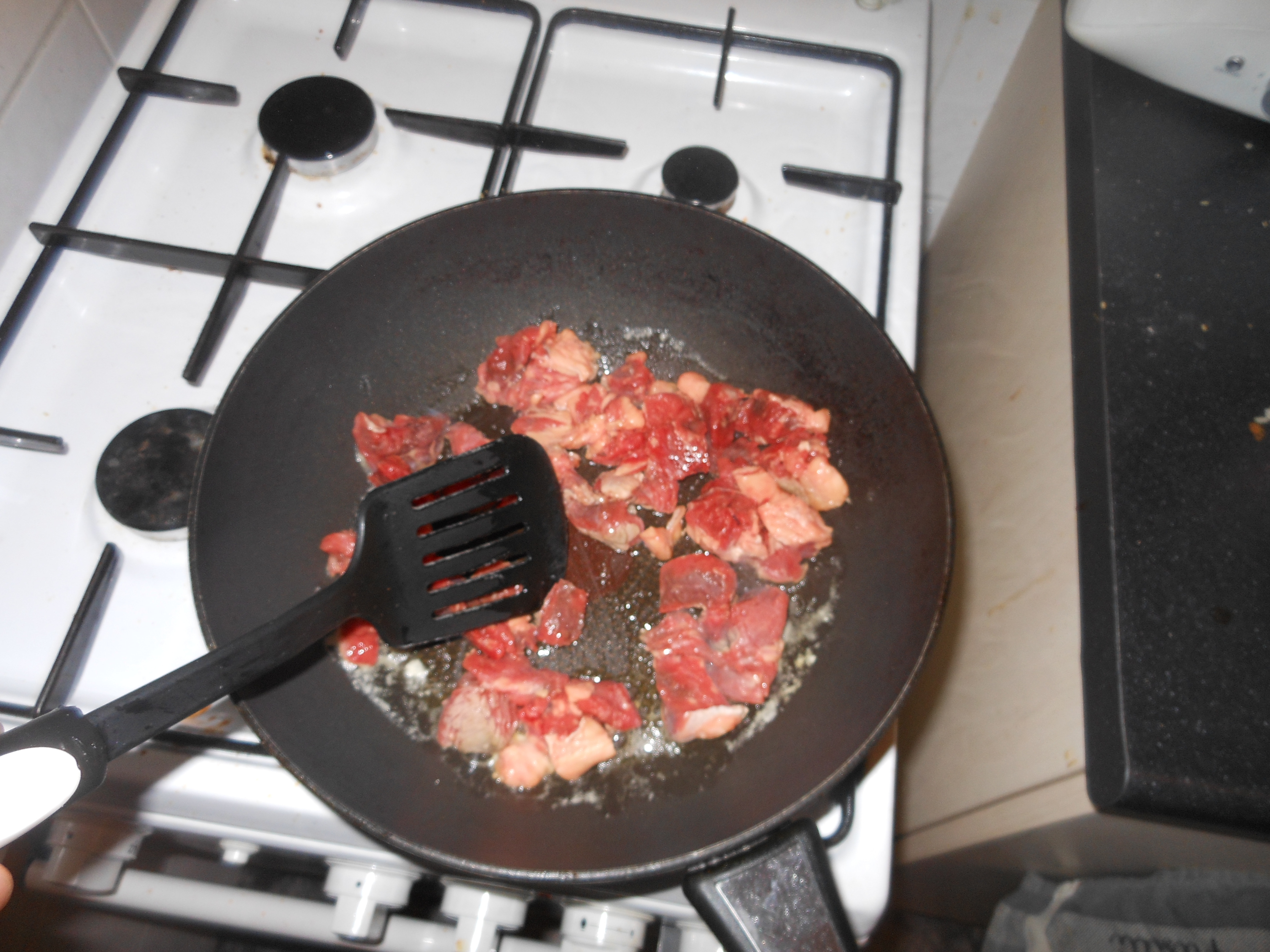 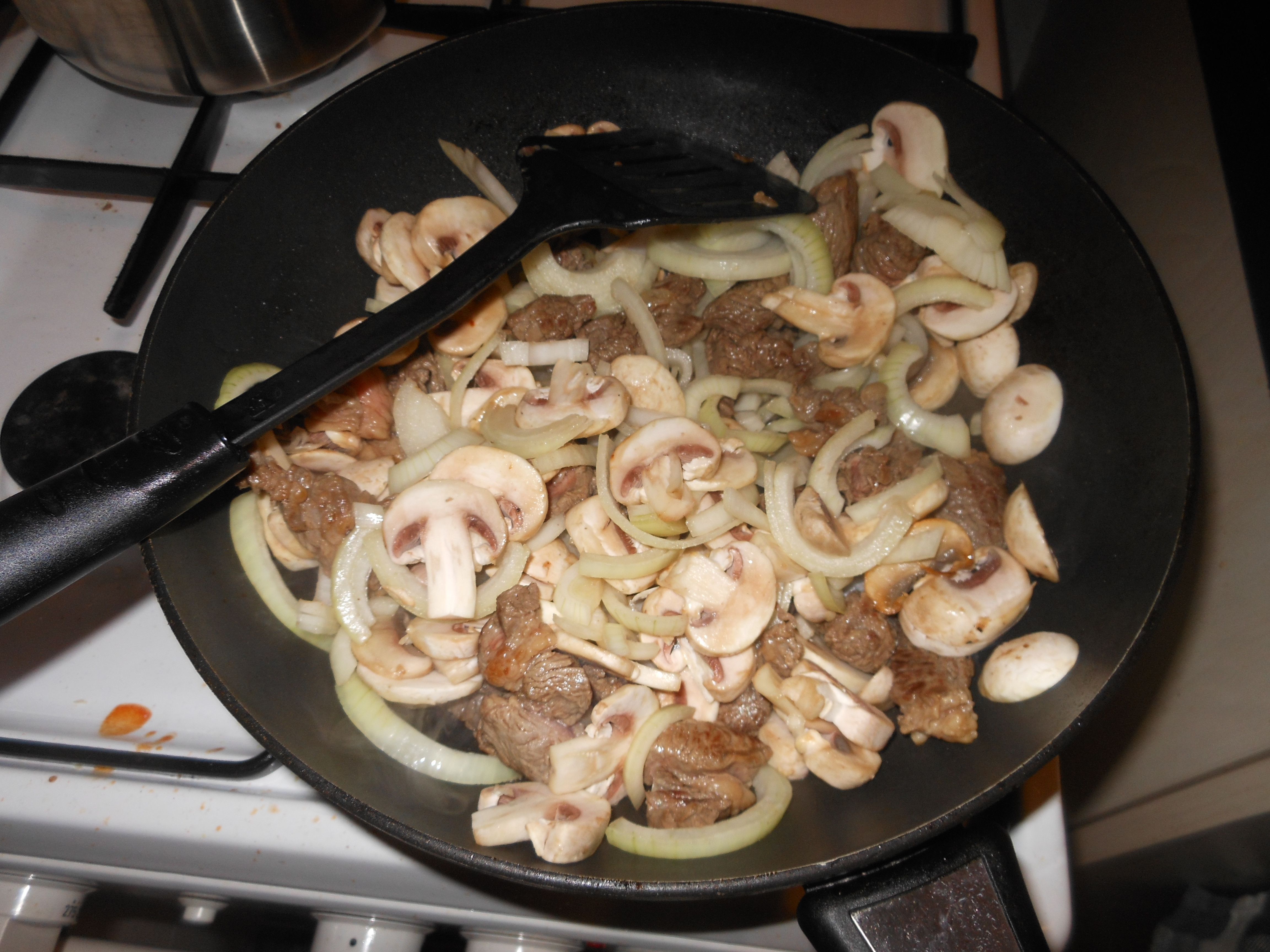 Stir it up, and make sure everything is well done. Take another pan and switch the contents, because we’re going to smother it all. With beer. 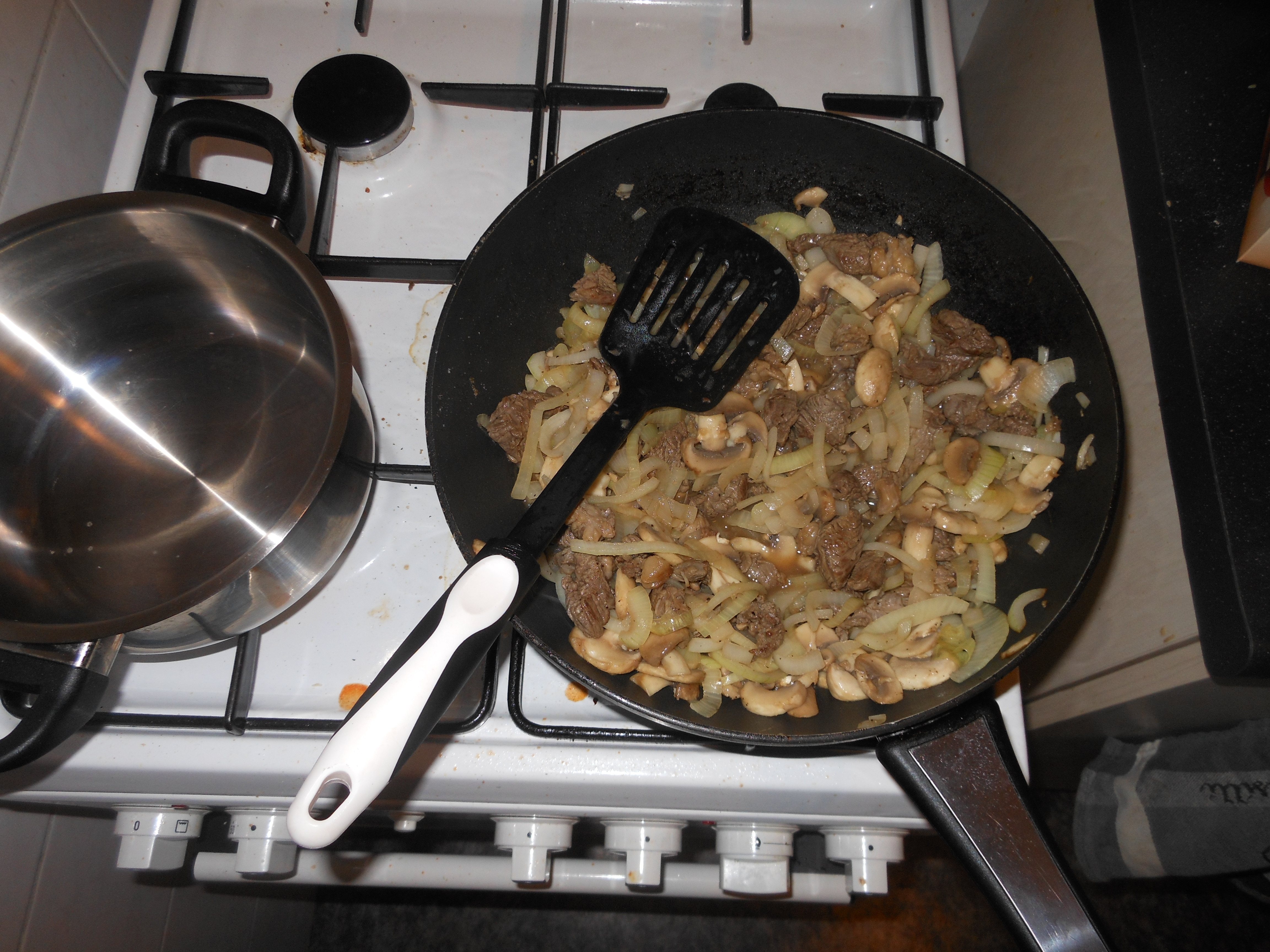 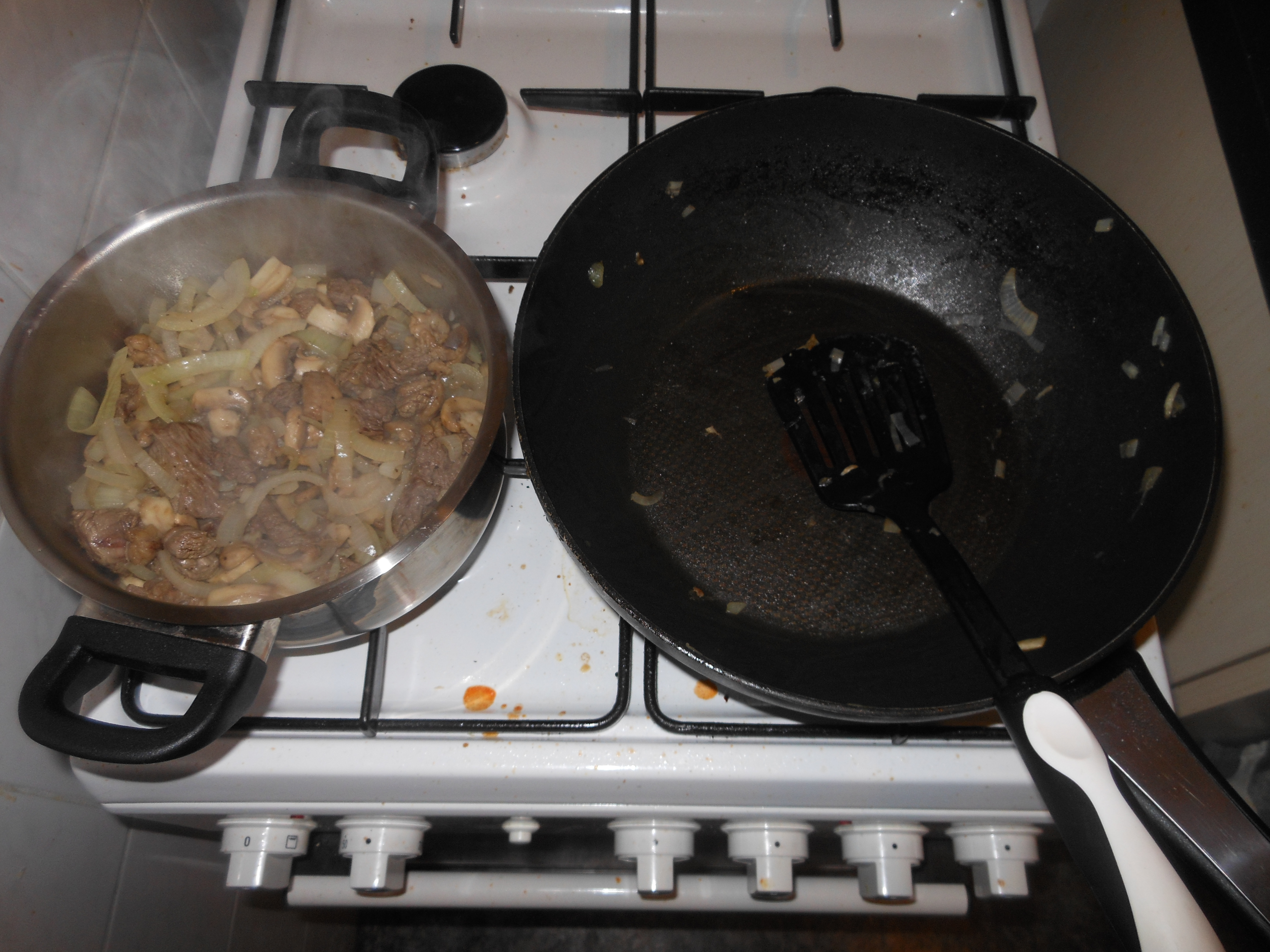 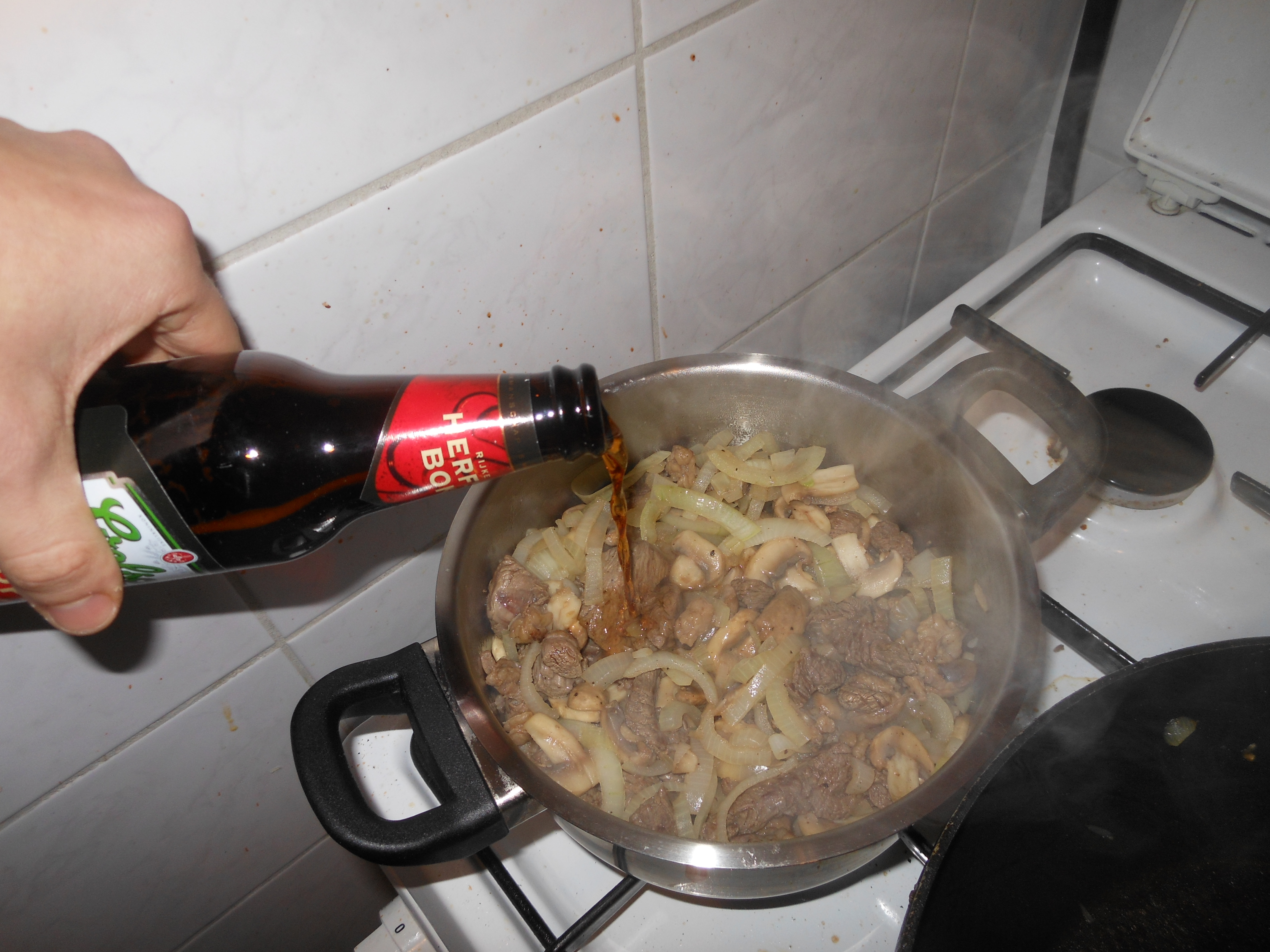 For the last step of phase one, take a sheet of tinfoil and fold it into a hat at the size of the pan. Put it on top of the contents and cover it up with the lid, but leave a crack in it so it can breathe. Put the fire on the lowest intensity, and leave it at that for a few hours (2). 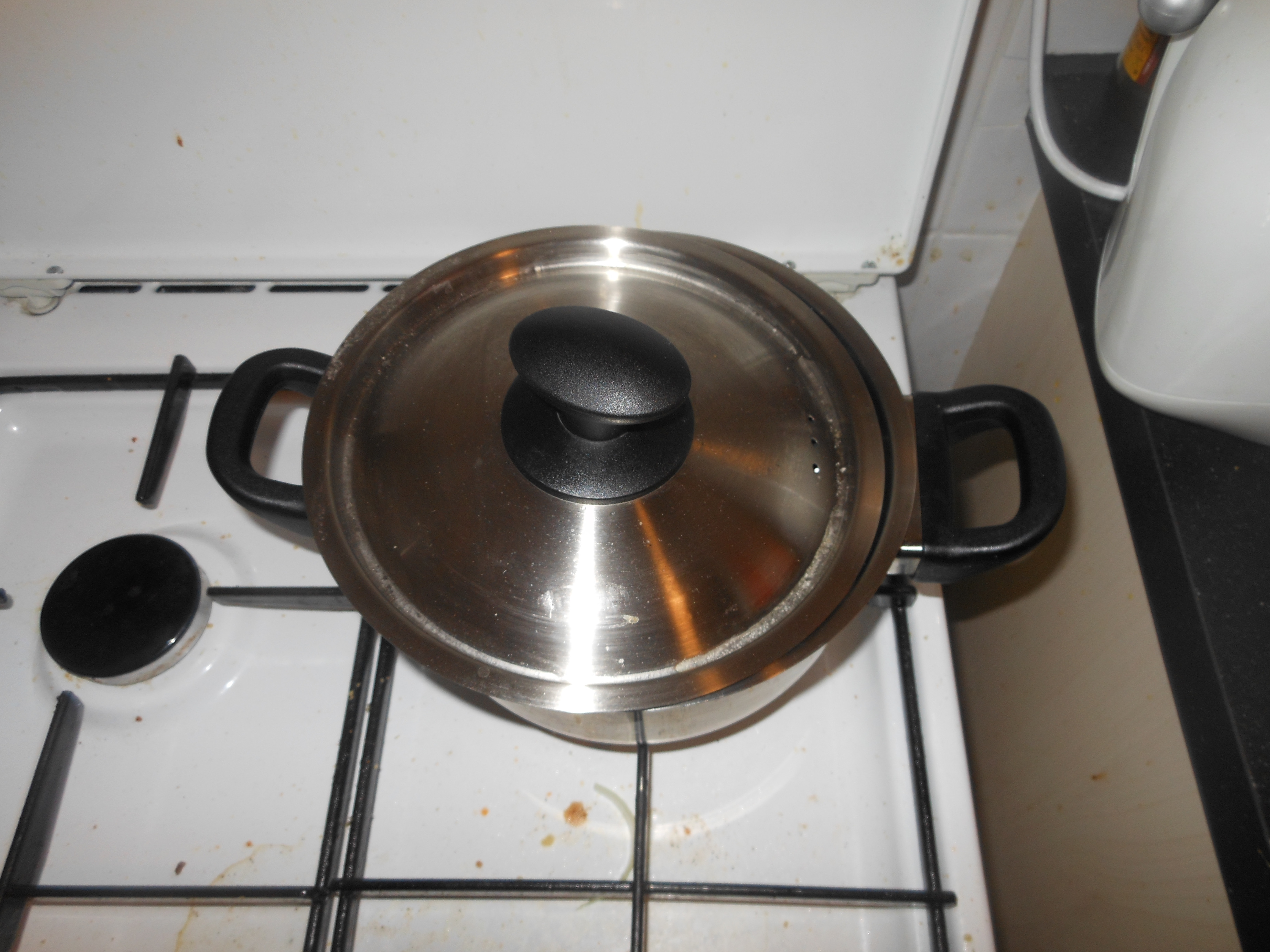 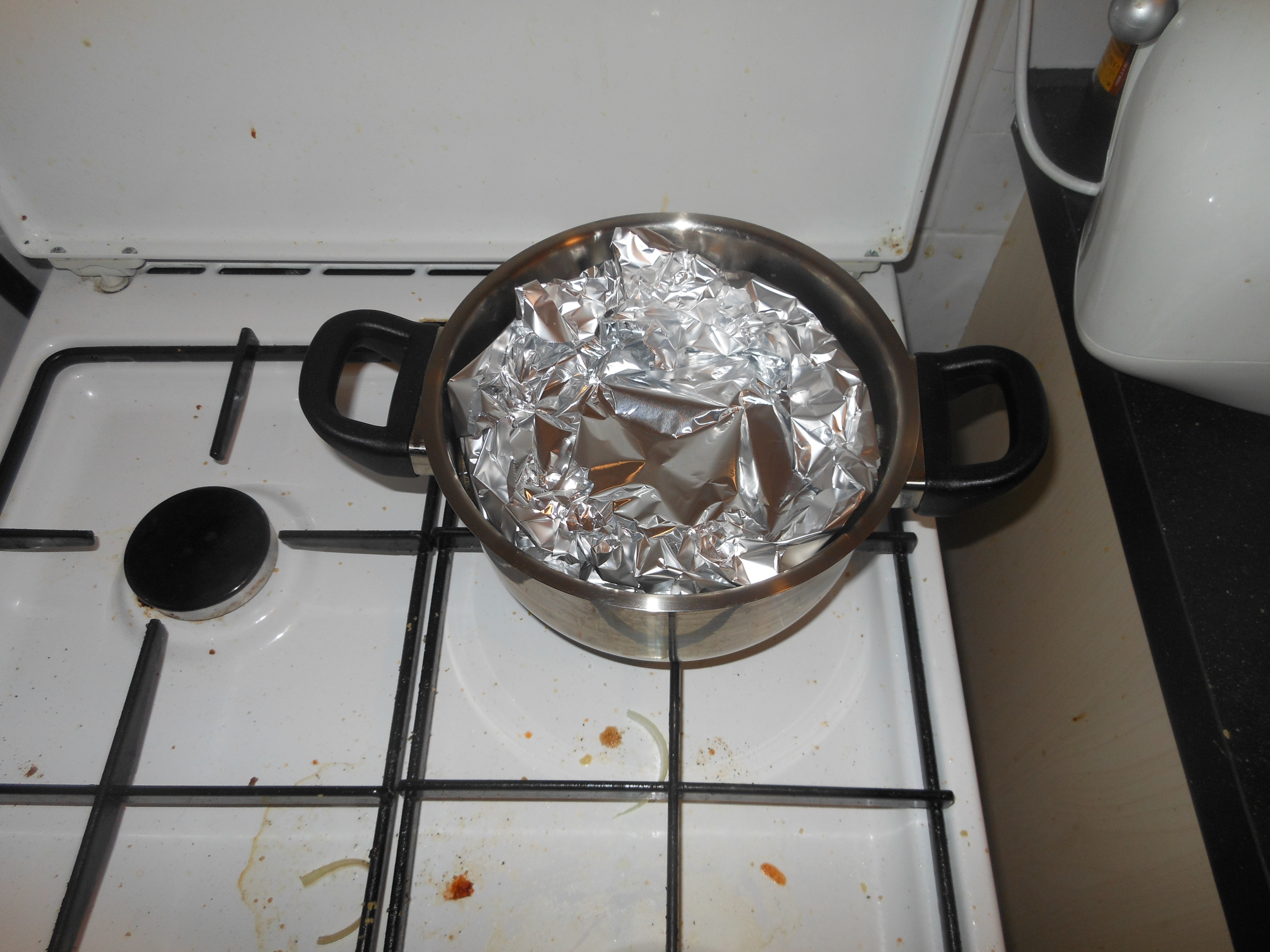 Phase 2: Making the Rice
Hachee can be served with a lot of condiments. Ever since I was a little boy, however, we’ve eaten hachee with rice. So, I’m going to make it with rice as well. I don’t think I’ll have to explain to you how to boil rice. What you do need to now, is that you’ll have to add a good glass and a half of water to the stew, and add the contains of the package branded ‘hachee’. Stir that up really well, and bring it to a boil while stirring regularly.

edit: thanks to reddittor ‘red_snowbrother’, I now have a general idea as to what is in the hachee-mix. You can see his comment through this link. 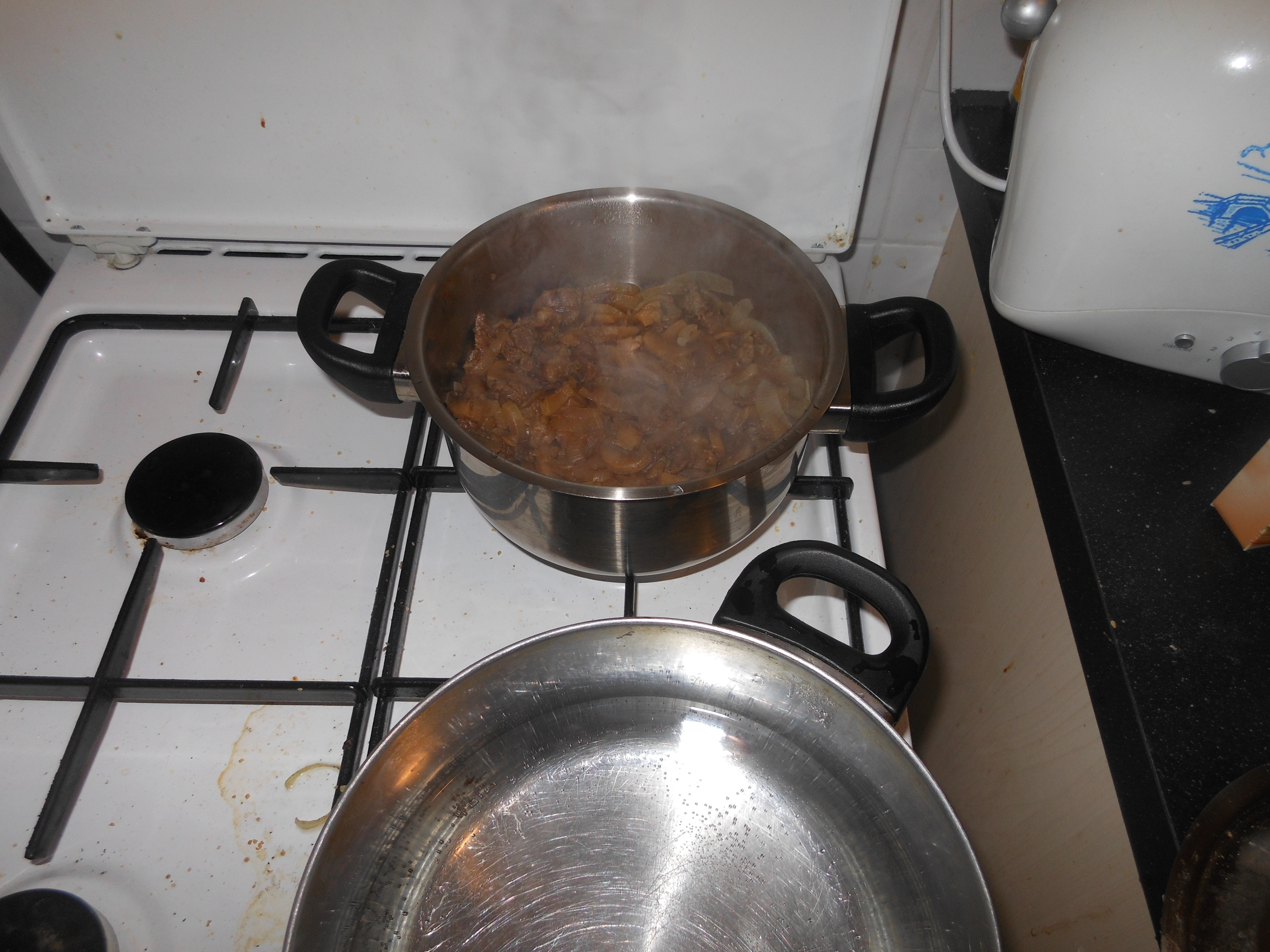 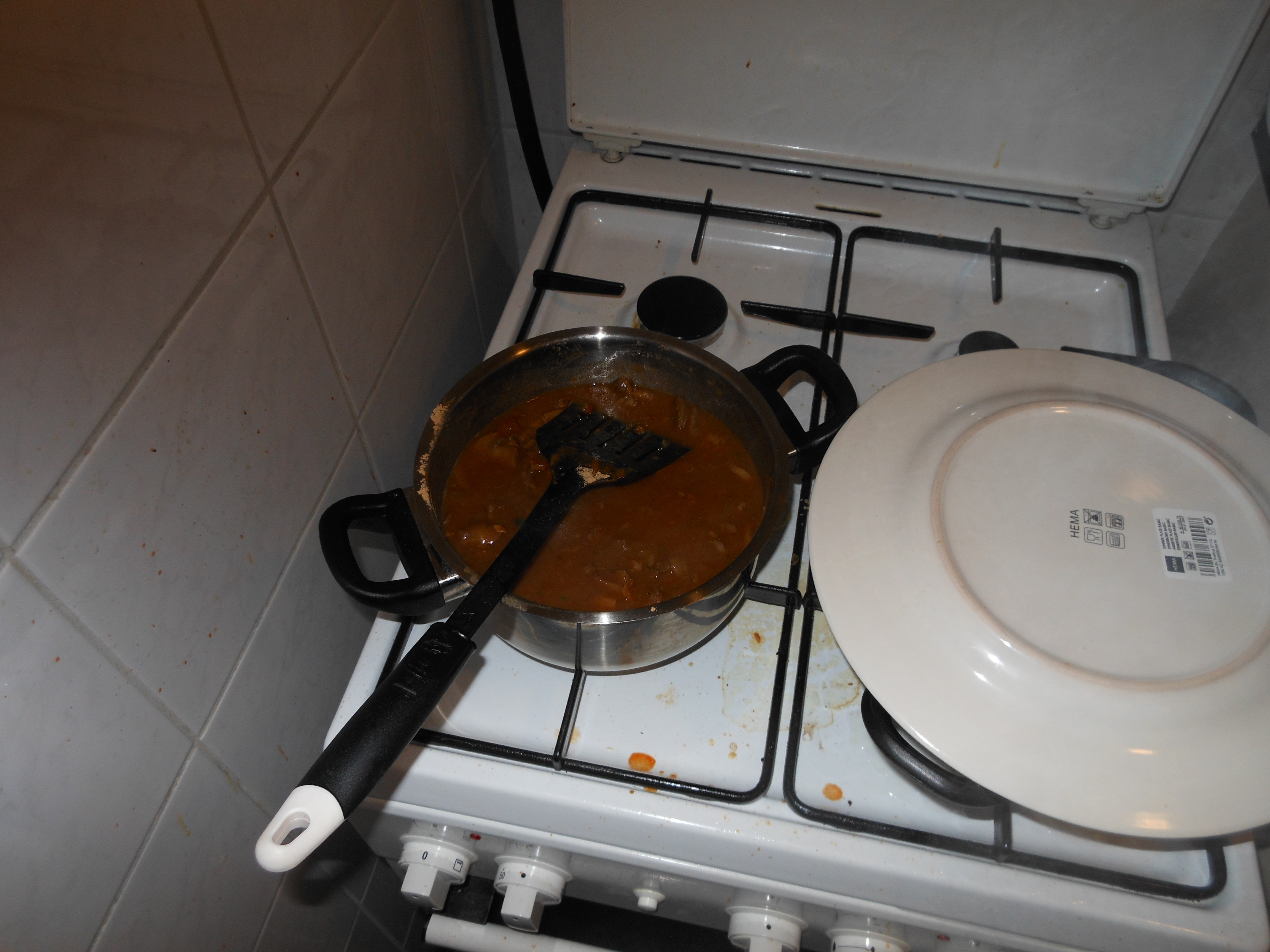 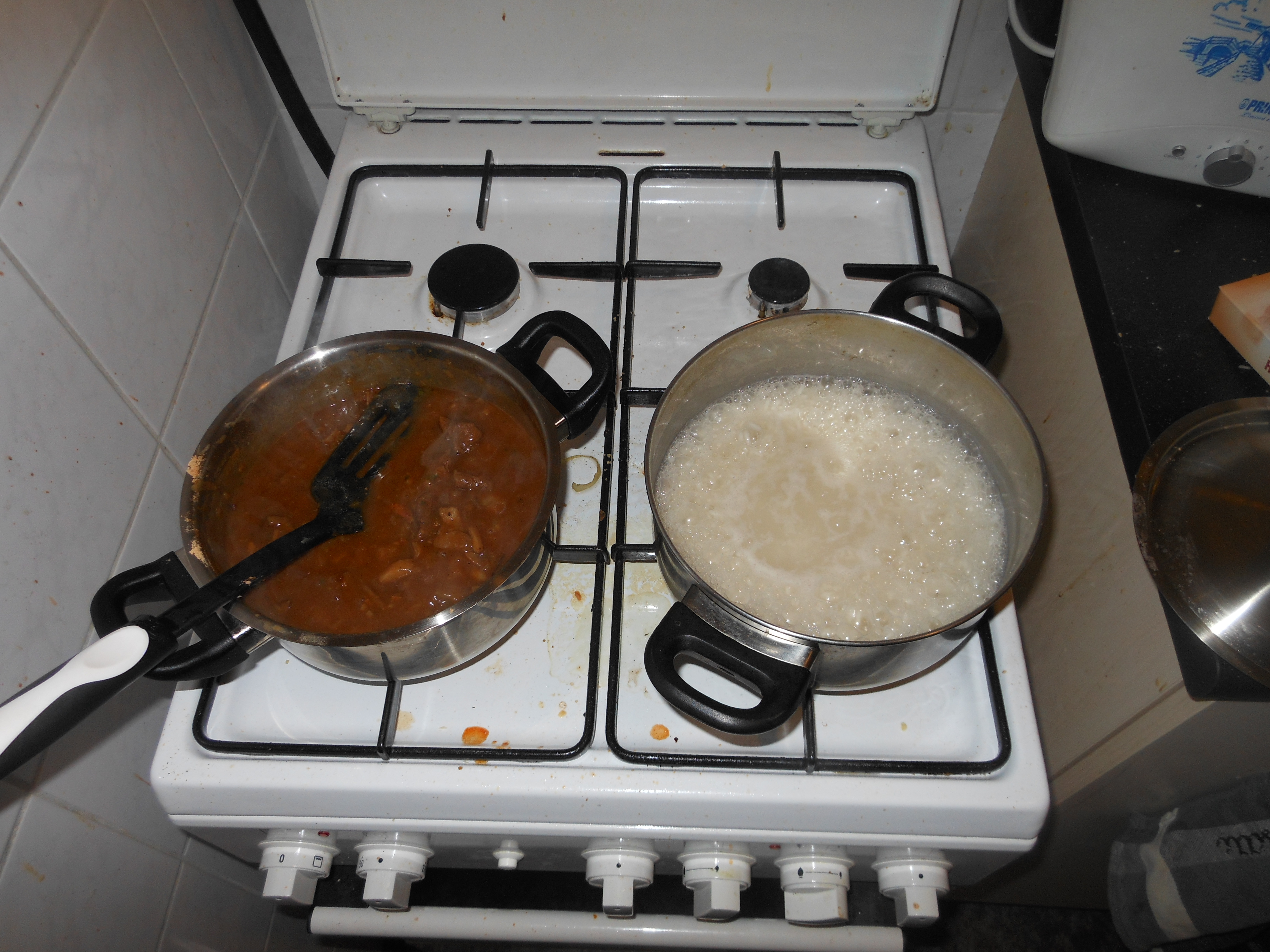 Step 3: Serving it up.
This step is pretty self-explanatory. Just throw the rice on the plate and throw the hachee on top. If you do it correctly, you’d have something like the picture at the top of this page. Even though it might not look like it is anything extraordinary, it really is delicious.