Why Heineken Will Sponsor The Sahara Force India F1 Team

Renowned racingnews-website Autosport.com announced today that Heineken is set to enter Formula 1 in a sponsor deal worth $150 million, spanning five years in total. Heineken will join recognizable brands such as Rolex and Pirelli. Unlike those existing sponsors, Heineken has a provision in their contact allowing them to partner with a Formula 1 team. I believe, and will explain why, they will sponsor Force India as a title sponsor, making the team’s name Heineken Force India or something resembling this, replacing Sahara Group.

First things first. Force India is co-owned by firstly Vijay Mallya, one of the big industrialists in India most known for owning India’s largest brewing-company, United Breweries. The other owner is Subrata Roy, owner of the Sahara Group. Both are under criticism for financial irregularities and corruption in their native country, India.

Subrata Roy is currently on parole from a two-year jail sentence for failing to comply with court orders to return investors’ money over 2008 and 2009. Mallya himself has fled India while owing $1.4 billion to banks and other debtors. Meanwhile, financial results and racing results for Force India are somber, with the team reporting a loss over the 2015 season of $9.8 million.

In March of this year, Heineken increased their share in Mallya’s United Breweries to 43%. United Breweries actively sponsors the racing team through their Kingfisher-beer brand. This is killing two birds with one stone for Mallya, since his commercial airline is also called Kingfisher.

About a month ago, there was a lot of negative talk about smaller, privately owned teams, not being able to achieve results due to their shortage of financial means. As a reaction to this, respected journalist Jon Noble tweeted the following:

Noble was, presumably, directly talking about this deal. Even though the current deal as exposed by Autosport is only a trackside-sponsorship deal, the context in which this tweet is written means that Heineken is most likely to move forward with the provision mentioned. And on top of that, Heineken will most likely increase their 43% share in Mallya’s United Brewery into a majority share, gaining ownership of the company. Mallya does not have a choice, he is in dire need of the money if he ever wants to return to his native India. He will most likely sell the 8% needed of his personal 32.5% share in United Breweries for Heineken to gain the majority stake. 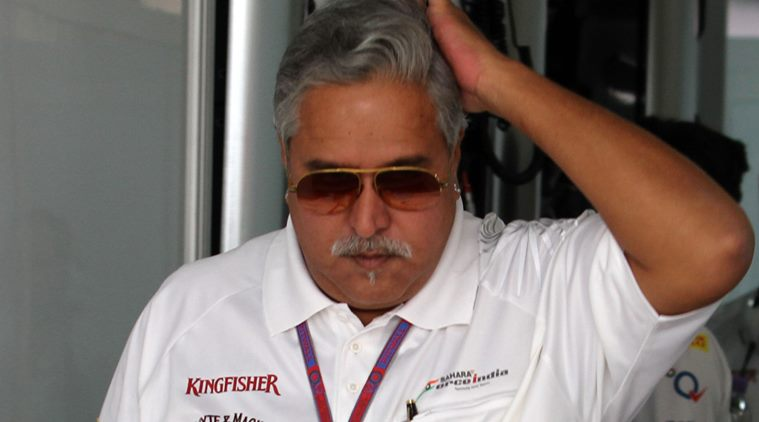 Mallya has a lot on his mind right now.

You might have noticed, I have gradually shifted from fact into speculation. The following below will be purely based on speculation with some facts to support said speculation.

A few years ago, a 3% share was sold in United Breweries, which was a deal worth in the region of $122 million making United Breweries worth approximately $4 billion. Selling 8% of his shares would net Mallya about $325 million, an amount he desperately needs.

Making Heineken majority share-holder in United Breweries will probably mean an end to Kingfisher-beer’s appearance on the cars in favour of the Heineken brand. However, Heineken would not want to take the same spots on the car, which are relatively small. A big brand needs a big spot on the car, just ask the tobacco-sponsors of the previous decades. Heineken would pay extra, changing not only the color scheme towards a more Heineken themed car, but also the title sponsorship.

Sahara’s role is uncertain whether they remain on the car, but the fact is their reputation in India is heavily damaged due to their corruption. Having the connotation with such a damaged brand could be something Heineken would want to prevent, which is even more reason for Heineken to replace Sahara as title sponsor.

Also, how hilarious would it be to see this next to an Heineken ad?

I hope I built a comprehensive case for why Heineken would sponsor Force India. Let me know if I missed anything or made a mistake in the comments below, or in the reddit /r/formula discussion or on the /r/FelixDicit subreddit.