This weekly post serves as a way to communicate to you everything I watched, listened to or played that I want you to know about. Be it an awesome movie, a great song, a terrible game or the best episode of a TV-show I’ve ever seen; they will all be posted in the Multimedia Wrap Up.

TV: The Walking Dead, s04e05 – “Internment”.
I’ve written about The Walking Dead before. A lot. Not just the series, but the game as well. I’ve liked it a lot in the past, but looking back, there were quite a few weak episodes in which nothing happened. The story had been gridlocked for large parts of seasons two and three. However, with season four, it has picked up the pace some more, resulting in this week’s episode which aired Sunday 10th of November. I won’t try to spoil anything, but I assure you that there’s a lot of character building for Rick and Hershel. Not only that, but there’s loads of action. LOADS. Which doesn’t happen fairly often in any Walking Dead episode. This episode, paired with a mighty soundtrack (which I will come to later), had me screaming at the screen, and this time not because someone was doing something stupid but because I didn’t want anything to happen to them. As far as I know, this has only happened once before with Game of Thrones ‘Red Wedding’.

Music: Ben Howard – The Burgh Island [EP] (2012).
Remember I said something about a mighty soundtrack above? Yeah, that’s why this EP by Ben Howard made this list. The song featured in The Walking Dead is ‘Oats in the Water’, which is amazing on its own. However, the EP features three other songs which are equally great, making ‘The Burgh Island’ my pick of the week. Especially the opener, called ‘Esmerelda’, is a song that can take me away through deep valleys and over large mountains. This sounds quite cliché, but give the EP a try and you will know why I will stoop to this level. It’s that moving. Below is the song featured in The Walking Dead, I’m sure you are tech savvy enough to find the rest yourselves.

App:  Tiny Death Star
Boy, this one is addicting. It is basically Tiny Tower (which I’ve never played) but with a Star Wars theme. It is one giant time sink. You are Darth Vader, and Emperor Palpatine has ordered the construction of the Death Star. However, just like Rome, the Death Star wasn’t built in one day. You have to build apartments for your workers, shops, bars, toy stores… you name it. When you’ve built it, you must take them to the place they want to go. But first, you need to stock the specific shop with stuff for them to buy. Every action is time-based, which means you can easily put the game down for a few hours. However, it works best when you stare at your screen for hours on end. It basically is a modern, sophisticated Tamagotchi. You can speed things up though, but in order to speed it up enough you’d have to pay money. Otherwise, this game is free of charge. You can download it here for Android. 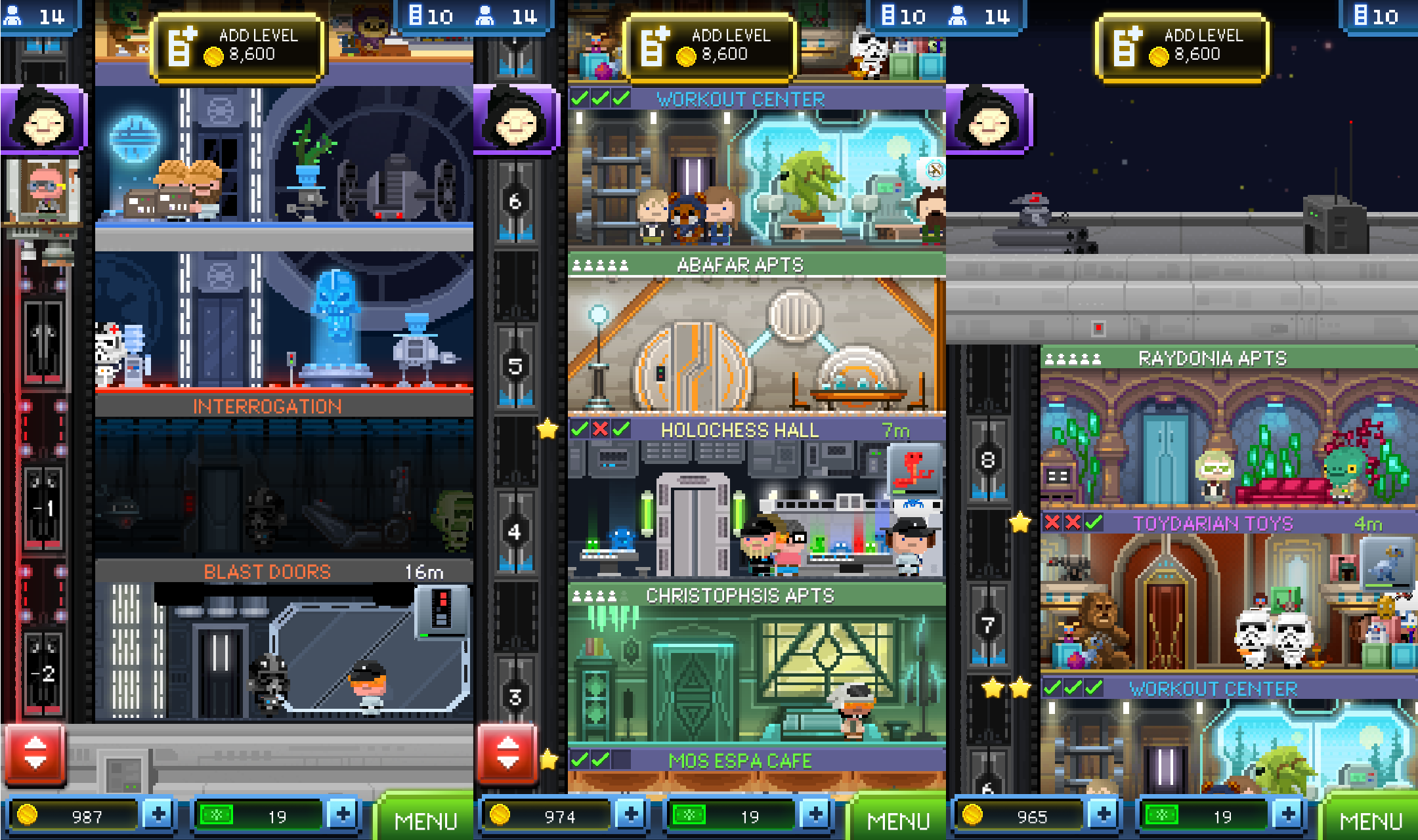 That’s it for this weeks wrap up, stay tuned for more next week!