How Pokemon Go Brings Strangers Together, A Personal Story.

Saturday morning, I am walking towards the university library in order to work on my Master’s thesis. My phone in my pocket, I walk past two tourists looking at their phones. Suddenly, my phone gives a slight buzz. I look at the screen. Right in front of me, there is a Dratini. I quickly throw a poke ball, and manage to catch it. Slightly embarrassed, I look back – wondering if the tourists saw my brief relapse into nerdity. They did. However, their reaction surprised me. They both throw a fist pump into the air, and in response, I do the same. They too just caught a Pokemon, and judging from their reaction, a rare one as well. This brief moment of understanding between people who would otherwise never have noted each other was beautiful. And it is exemplary in why Pokemon Go is such a great game.

My experience is not unique. Many video’s pop up with people filming and encountering loads of people walking on the street, looking for a Caterpie or Magikarp. But what is Pokemon Go exactly, and why should you care?

Pokemon Go is made by Niantic Labs, previously having creating Ingress, an augmented reality game requiring you to walk around, collect experience, and battle with other participants for control of local hot spots. I tried my hand at it a few years back, but didn’t really understand the point of it. It was not helped by the fact that in The Netherlands at least, almost nobody seemed to play the game. I quickly lost interest, and didn’t bother playing it again. Its premise was promising, but the lack of popularity hampered my enthusiasm.

In 2013, Google and Nintendo created an April Fool’s joke together, with Pokemon being scattered around Google Maps. Due to the popularity of the gag, Niantic was approached to create a fully fledged mobile game based on this premise. The perfect candidate, since Ingress’ core experience could be used as a basis for this new game. Somewhere in 2015 the game was announced, leading to a lot of hype online. Now, just a few days ago, the game was released in a select number of countries (The Netherlands not included) but thanks to Android’s open nature, everyone can download and install the game if they know how to look for it. Alternatively, you can click on this link while on your phone, and you can download the app from there! 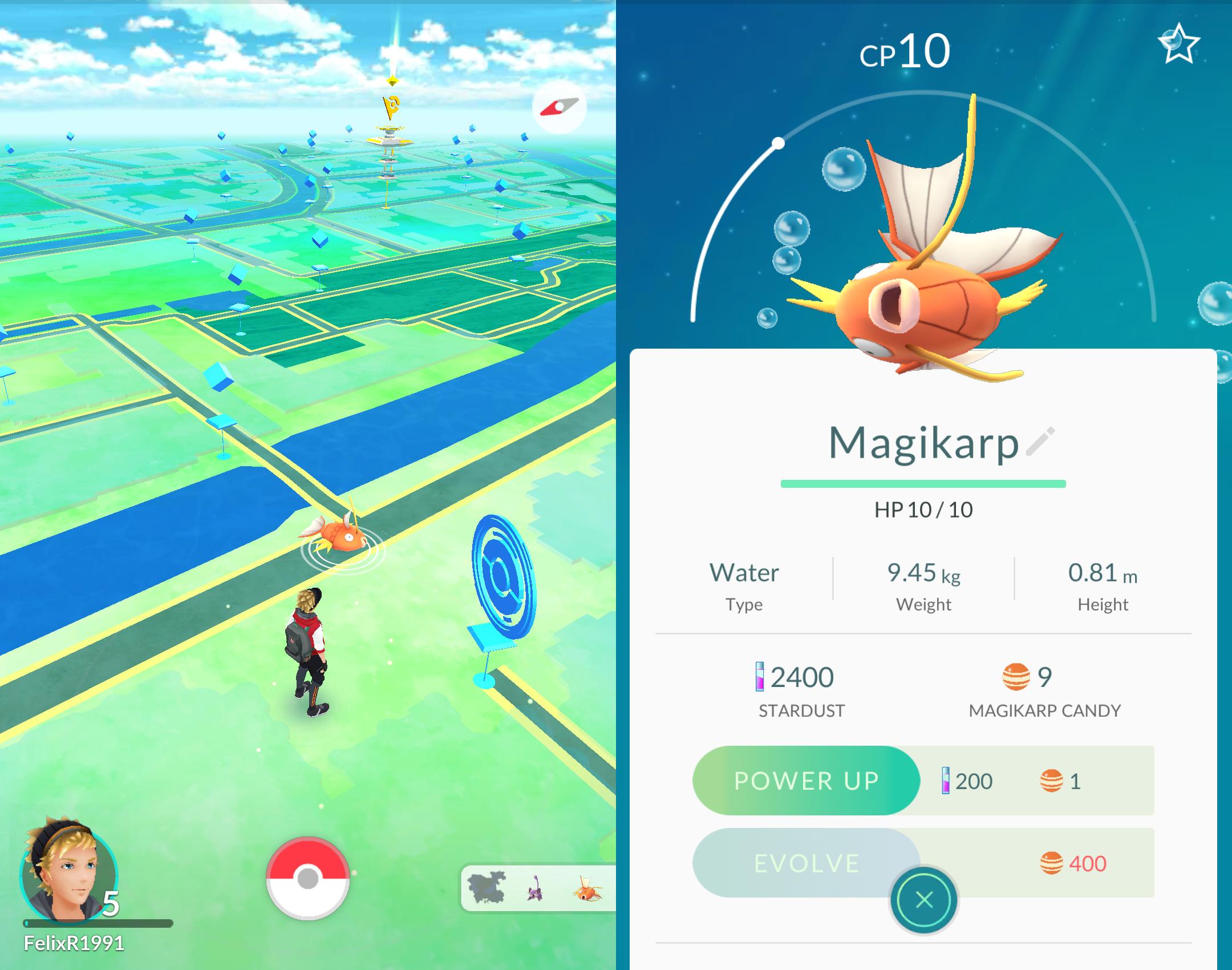 Encountering and catching the least exciting Pokemon in the world

The game might not be that exciting itself. You have to have the app opened at all time if you want to encounter Pokemon to catch and earn experience. Most content is bordered off at the start until you reach level five, which enables you to go for Gym battles. Until then, it is mostly walking around looking for Pokemon. Catching a Pokemon gives 100 XP, catching a new entry to your Pokedex earns you 500 XP. Depending on your throwing technique, a ‘great’ throw earns you an additional 50 XP, while a ‘nice’ throw earns 10. Level three can be achieved in a 15 minute walk, but the fact that you encounter a lot of common Pokemon means your progress will be quickly stumped. I just reached level five myself, did my first few gym battles and was defeated horribly. 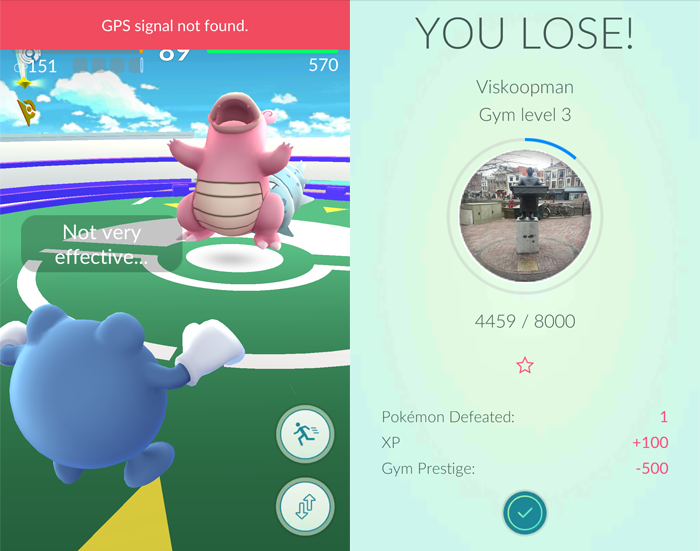 Proof that I absolutely have no idea what I’m doing

You can train your Pokemon using stardust, of which you get a small amount every time you catch a Pokemon. On top of that, you need another currency specific to the Pokemon you want to train or evolve which you can get by catching that specific Pokemon. The game is free, but offers options to pay for items such as poke balls, but not stardust. This makes it a bit more fair, since you cannot pay directly to increase your Pokemon’s power. Prices are quite cheap, but for now I didn’t experience any need to dish out cash, but as with all free to play games, this might change the further I get into the game.

It is not the game itself that makes it so great. As my above anecdote describes, it is the experience of playing the same game with everyone around you. Encountering groups of people walking around with their phones out, knowing they are only out of there houses to catch Pokemon. It makes me feel like a kid again, when in school breaks we would take out our Gameboys and link-cables to battle or trade. And, since the game is not yet available officially in The Netherlands, the fact that I regularly encounter people playing means that this frequency will only grow once it does. It is a sense of community. Of nostalgia. It really has the potential to become this generation’s Pokemon. It is genius, and I hope its popularity is durable. Now I only need to convince my girlfriend (who has no affinity with Pokemon at all) to play as well. I might need a little bit more experience first though, as I can’t shake the feeling I have no idea what I’m doing.

If you want to know more about Pokemon Go, there are a lot of resources out there on reddit, such as /r/PokemonGo and /r/TheSilphRoad.