The Rum Diary, and why today might not have been the best day to watch it

Before there was the Pirates trilogy, there was this film called “Fear and Loathing in Las Vegas”. It didn’t do exceptionally well in the box office, but it did acquire a certain cult status. It was the first book by writer Hunter S. Thompson which was turned into a movie, featuring Johnny Depp and Benicio del Toro on a mad drunk/high rollercoaster-ride centered around Las Vegas.

Now, Johnny Depp is back; not as Raoul Duke, the protagonist from “Fear and Loathing” and a pseudonym of Thompson, but as the 100% fictional Paul Kemp. Paul, a washed up writer, got accepted into a job as a reporter for some Puerto Rican newspaper. Already an alcoholic, the abbundance of cheap rum on the tropical island isn’t exactly helping for his sobriety. He gets in trouble with the locals, gets manipulated into helping a con-man turn a deserted island into a theme park for the rich, and has his problems bite him in the ass at the end. I won’t be getting into the details for whom haven’t seen the film already, but its a good movie. Not as good as Fear and Loathing, and it’ll probably never reach the status that film has acquired over the years, but Hunter S. Thompson won’t turn over in his grave either.

Now for the case why today might not have been the best day for me to watch it. Well, this is actually the result of yesterday, when I had a ‘little’ bit too much to drink. This happens once in a while, probably never more than once every two weeks, but this week has been a bit chaotic. First, I had a late new-years party from the job, which meant free booze. Second, a former housemate of mine had earned his master-degree in econometrics, so he too threw a party.

Last week I’ve been either drunk or hungover. Too bad I now need two days to recover from one night drinking. I don’t know if my liver is less prepared in the beatings I give it, I’m drinking more or I’m just getting old – having celebrated my 21st birthday last week. I know, this might not be the best advertisement to put out there about myself, but it does put the movie into another perspective. 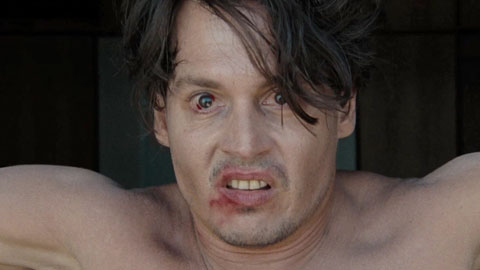 How I felt (and probably looked like) waking up this morning