Delving into the mystery of Game of Thrones’ ‘Azor Ahai’

‘A Song of Ice and Fire’, better known as Game of Thrones  (GoT) has a very rich mythology. The world in which it is set is nearly as fleshed out as Lord of the Rings’ Middle Earth. However, unlike Lord of the Rings, George RR Martin’s series has not been finished yet. Therefore, a lot of the mythos has not received a definitive answer by the author. One of these open-ended discussions is the prophecy of Azor Ahai.

In this post, I will disclose my theory on who Azor Ahai are (yes, are). First though, I will detail how I came to my theory.

Keep in mind that I haven’t read the books, but I did read a lot of Wiki articles, saw a lot of other theories and watched a lot of video’s, especially Alt Shift X‘s which I can absolutely recommend for a better understanding of the world of GoT.

Who is Azor Ahai?

Azor Ahai is a messianic figure in the GoT mythology. He lived five thousand years before the events in the books/series. He wielded a burning sword (“Lightbringer”) which he used to defeat the Others during the Long Night.

The prophecy of Azor Ahai states that the hero shall be reborn, sent as a champion by R’hllor, the Red God, in order to defeat the White Walkers;

When the red star bleeds and the darkness gathers, Azor Ahai shall be born again amidst smoke and salt to wake dragons out of stone. -Melisandre

This has led many fans to try and connect the dots to discover the identity of the person R’hllor sent to lead humanity to victory over the army of the dead. There are multiple valid theories, most of which point to either Jon Snow or Daenarys ‘Stormborn’ Targaryen, Mother of Dragons, Breaker of Chains, etc. Neither of the people picked by fans fully fit the description. That might be because the prophesy is too vague of itself, or, that there is not one person to which the prophecy applied, but multiple. Seven, to be exact.

In order to support this, we need to delve a bit deeper into the mythos of R’hllor himself. 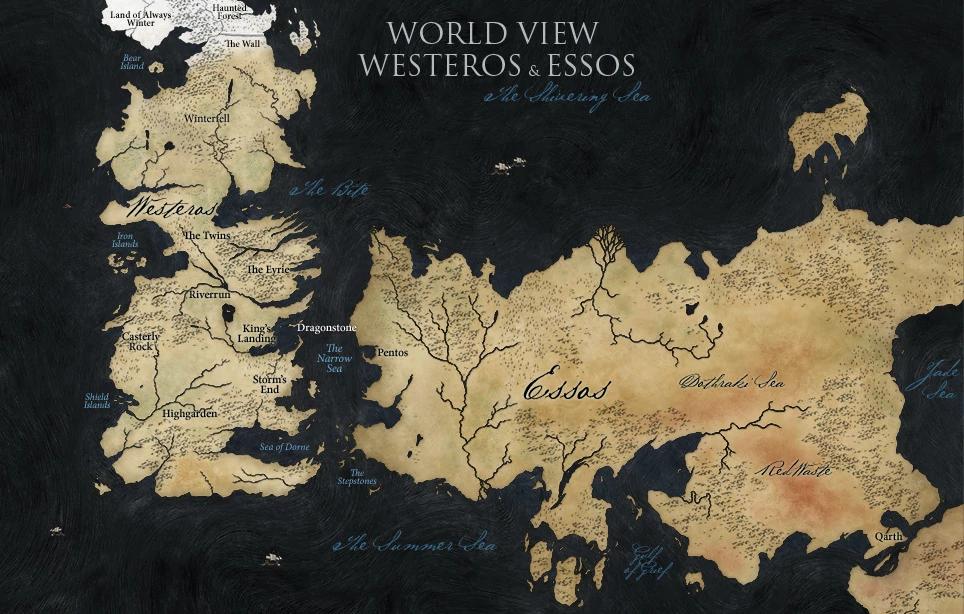 R’hllor is perhaps better known the Red God, worshipped in the continent of Essos (you know, the not-Westeros continent). R’hllor is also referred to as the ‘Lord of Light’, the god of fire. R’hllor has been worshipped for at least five thousand years. His counterpart is ‘The Great Other’, the god of darkness and ice. R’hllor’s religion hails from Asshai, a mysterious city in the eastern part of Essos.

The official deity of ‘The Faith’ is ‘The Seven Who Are One’, which is a single deity consisting of seven aspects which are all independently worshipped. These seven aspects are:

The Faith of the Seven was brought to Westeros during the First Andal Invasion, which happened some 4000 years ago. People from the Essos invaded Westeros, battled and consequently conquered the First Men.

I don’t think that it is too far of a stretch that in the 1000 years between Azor Ahai and the First Andal Invasion, R’hllor got divided into seven different aspects. Just like how Catholicism worships three aspects of God; the father, the son and the holy spirit. In the same vain, R’hllor might now be worshipped by the people of Westeros while in the process of rewriting the religion R’hllors true name got lost in translation.

Could Azor Ahai consist of seven individuals sent by R’hllor to face the army of the dead, each representing a different aspect of R’hllor?

And if so, who might fit each role best? 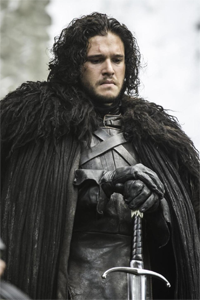 The Father: who is depicted as a bearded man, and carries out justice? The best candidate: Jon Snow. Jon first took the role when he was revived by Melissandre, punishing those that had betrayed him. Tyrion is also a possibility, but that would exclude boat sex. 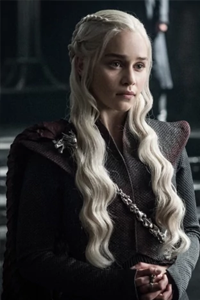 The Mother: who represents motherhood and nurturing? Only one proper candidate: Daenerys. Mother of Dragons. Breaker of Chains. ‘Mhysa’. Not only is she the adoptive mother of three dragons, but is also the mother to the former slaves. 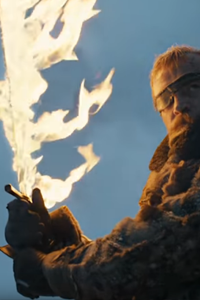 The Warrior: who carries a sword? If you’ve seen the trailer for season seven, there is one front runner for this aspect: Beric Dondarion. In the trailer, and in his battle with Sandor Clegane, Beric lights his sword on fire. This must be some sort of representation of Lightbringer. 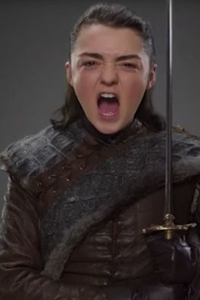 The Maiden: who can be prayed to in order to protect the virtue of a maiden? None other than Arya Stark. While in Braavos, she killed Meryn Trant while he was satisfying his paedophilic needs. Furthermore, Arya herself is still a maiden. 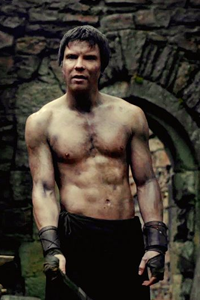 The Smith: the only one who wields a hammer: Gendry. While he might still be rowing, he is spotted sporting his father’s (Robert Baratheon) warhammer. This is a shoe-in. Especially if you remember that Gendry himself used to be a smith. 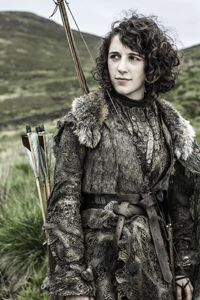 The Crone: this one is the most problematic, as it is referred to as a ‘she’. Lady Olenna could be a decent fit, but I doubt she fits in with the list above as her character seems out of place in this list. Sansa Stark, who has been somewhat as a granddaughter to Olenna in previous seasons could fill this role, but has not really proven her wisdom as of yet. Meera Reed seems a better candidate, as she guides Bran through the wilderniss north of the wall. Furthermore, Crone’s are often associated with swamps. The Reed house sits in the biggest swamp of Westeros. 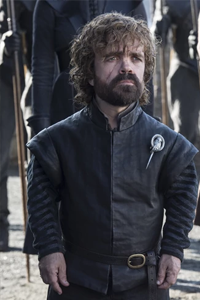 The Stranger: this one is hard as well. As worshippers rarely look for any favors of the Stranger, you could argue Littlefinger could fill this role. However, I think it is unlikely Littlefinger will survive season seven. Tyrion Lannister seems to be able to fit in as well, as he is often overlooked (hehe) while he has great potential. Benjen Stark is another possibility, due to him being a hybrid between a human and a wight.

If Azor Ahai is these seven people, season seven will most likely be about how these characters, or aspects of Azor Ahai, will find each other. One who will play a large part in this process will be Bran. He might be able to show them the truth and bring these characters together. This might also mean that you interpret Brandon Stark to be the TRUE Azor Ahai, and these seven being his proxies. But, that is tomato-tomato.

A further argument supporting Bran as Azor Ahai: Bran was thrown from the tower during the red meteor showing. This opened him up to his warging power, thus being ‘reborn’.

So, in fact: there might be seven aspects of Azor Ahai, united under Bran. This fits in with the narrative GRRM likes to use, that of the underdog finding power within himself to overcome his/her problems.

What do you think? Am I far off?