The F1 ‘Oracle’ – Trying to predict the results for GP #10: Great Britain

Before I will present my prediction, let us take a look at how my prediction for the Austrian Grand Prix worked out.

This was a decent result, but not the result I was looking for after Azerbaijan left me with only 21 points and a larger (+10) point deficit to the leaders. Luckily, I had read just before posting that Hamilton would receive a +5 grid-penalty, so I was able to at least get the first two right.

My total of 34 points meant an increase of the gap to the number 1 spot (currently user ‘Pamphlet’) from 30 to 32 points. Lets see if I can bring that gap down this race! 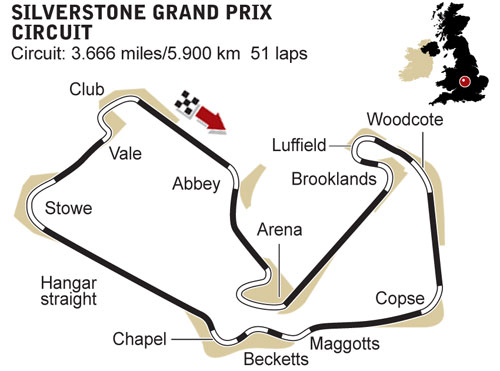 Based on the results (especially from FP2), this seems to be another ‘traditional’ Mercedes – Ferrari – Red Bull top 6. There is, however, a slight possibility of rain during both qualifying and the race. Behind the top 6, Force India looks comfortable to take positions 7 and 8. True, they haven’t taken those places in free practice, but this is the normal script for them during free practice. Behind them, it looks again to be a toss up between the Williams’, Renaults and Toro Rosso’s. Haas and McLaren look to be behind them for now.

Just like Hamilton’s grid penalty for changing a gearbox, both Bottas and Ricciardo now have one. I reckon Bottas has the car to at least challenge Raikkonen for the third spot on the podium, but I also think Ricciardo will have a bad time trying to claw his way up in the rankings as he does not have the more powerful Mercedes engine – making overtaking harder for him. I think at least one Force India will finish ahead of him due to time lost behind slower cars such as the Ferrari-powered Haas.

I hope Max’ run of bad luck ends here. 5th might not be something to write home about, but it is better than nothing. If there is going to be rain during the race, he might be able to reach the podium. I am, however, unwilling to jinx the possibility of a wet race happening, so I went with a dry weather prediction.