I took a break from drawing Ferrari’s, but not from drawing thoroughbred racing cars. After the retro Ferrari 641 (F1) and Ferrari 333SP (Le Mans), we jump to the other side of the Atlantic, and to Ferrari’s long time rivals: McLaren. With Alonso’s shock announcement that he will be driving the Indy 500 this year for a new McLaren entry (in cooperation with Andretti Racing), powered by Honda. McLaren driving the Indy 500 is one with historic significance, as they took part ~50 years ago as well, before they decided to focus entirely on F1 after Bruce’s death. 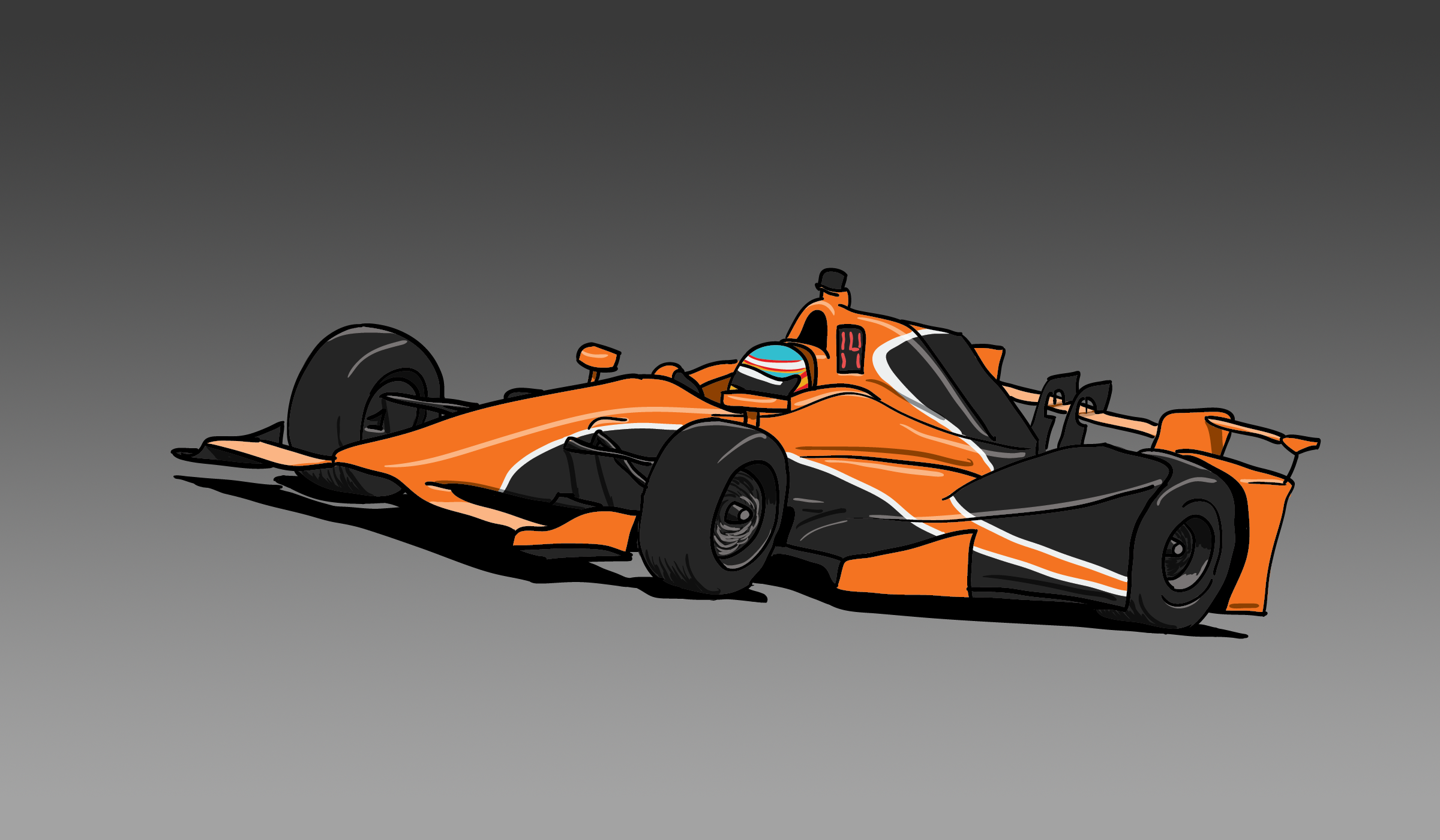 “Equally, this project wouldn’t have been possible without Honda’s support and encouragement. And our car – the McLaren-Honda-Andretti – will be decked out in the papaya orange livery made famous by our founder Bruce McLaren, and in which Johnny Rutherford drove McLaren IndyCars to Indy 500 victory in both 1974 and 1976.

Based on this information, I made a definitive version inspired on the cars from the 70’s, and added a little extra, which is also available for purchase: 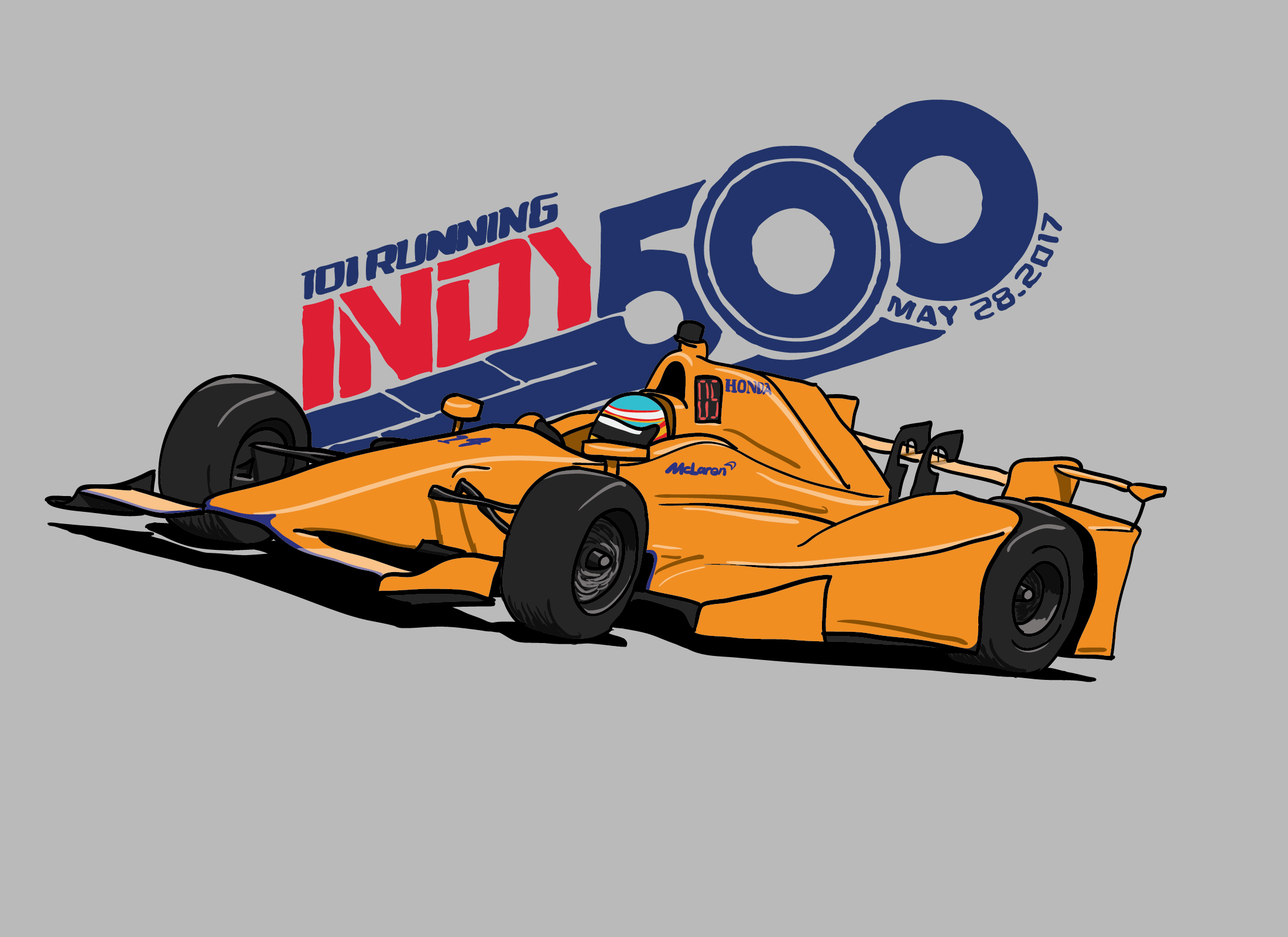