The F1 Oracle – Predicting the results for GP #04: Sochi, Russia

In this series of posts, which will be published the friday before each race weekend, I will attempt to predict the top 10 of both the qualifying session and the race ahead based on previous form and the individual performances in the free practice sessionsahead of qualifying. I will enter these predictions on GuessTheGrid, a website which takes your top 10 predictions and ranks them against other’s. Feel free to sign up and battle me for the title of F1 Oracle – but first, read on what my prediction will be for the 2017 Russian Grand Prix and why I think this prediction will ring true come sunday afternoon (local time).

Before I will present my prediction, let us take a look at how my prediction for the Bahrain Grand Prix worked out.

Bottas’ pole was a surprise to me, as I had suspected Hamilton to nab it followed by Vettel. Force India’s bad qualifying streak continued, so I should really stop putting them in my top 10 for qualifying. Renault surprised me, even though they showed good free practice pace, they were able to convert it to qualifying spots this time around with a 7th spot for Hulkenberg, and a 10th spot for Palmer.

I predicted Raikkonen to DNF during the race. Karma bit me in the ass, as it was instead Verstappen to blow through his brakes after his first pitstop. This time around, I was right about Bottas finishing 3rd.

As a whole, my performance was quite unremarkable. I scored a total of 34 points (17 from qualifying, 17 from the race). I dropped from 22nd to 24th spot. Worse, the gap to the leader widened from 15 to 21 points. I have some ground to make up. 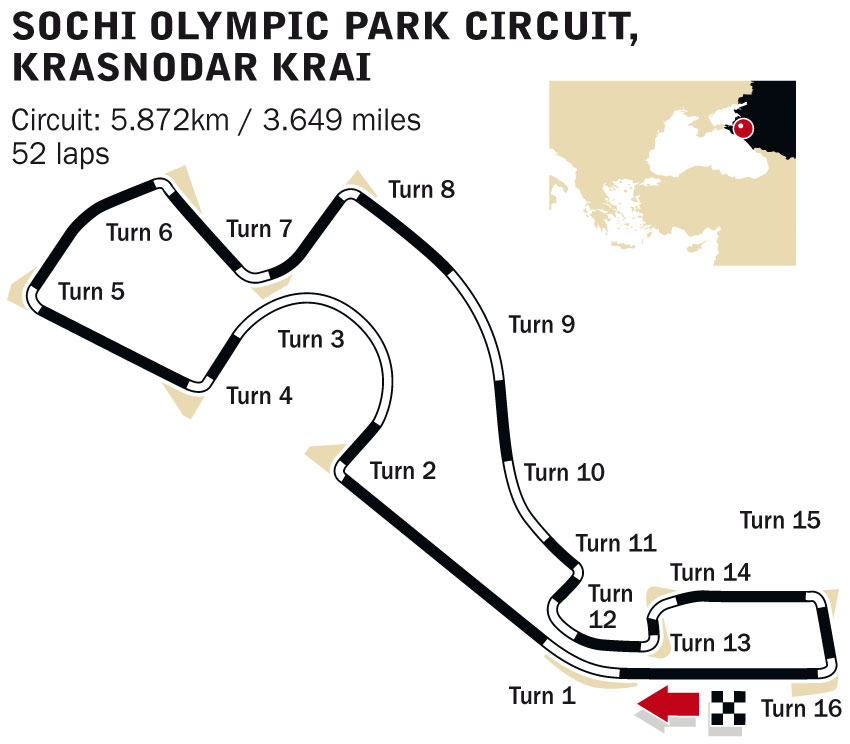 Now, lets move on to the actual predicting. It is expected to stay dry this weekend. Temperatures for Saturday indicate 21 degrees Celsius, and Sunday 22. The weather won’t play a factor this race. 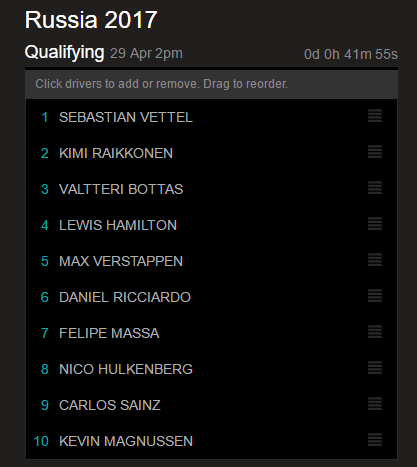 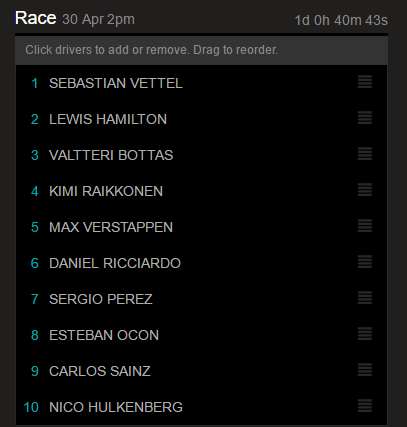 What do you guys think? Does your prediction align with this one, or do you have a radically different opinion? Let me know, either in a comment, or on reddit.com/r/formula!