My sister is a quite well-known/read blogger and vlogger in The Netherlands, primarily in the health/lifestyle-segment. Running is her thing, and everything that encompasses it – be it healthy food or (running) shoes. She is doing pretty well for herself, of which I’m pretty proud. While I’m not trying to put my nose too far up her ass (god forbid she becomes arrogant), there is one field I think she is kind of lacking, and that is visual creativity. Yes, she knows how to take a great picture, but in terms of visual design I feel I can contribute. And so I did.

About a month ago I woke up with an idea in my head, which I couldn’t get out until I had put my vision to (digital) paper. The vision entailed combining the Google Material-inspired design I run in my header, with a picture of her running. I asked her for a good picture as a source, and got to work. Here is the picture I took as source material: 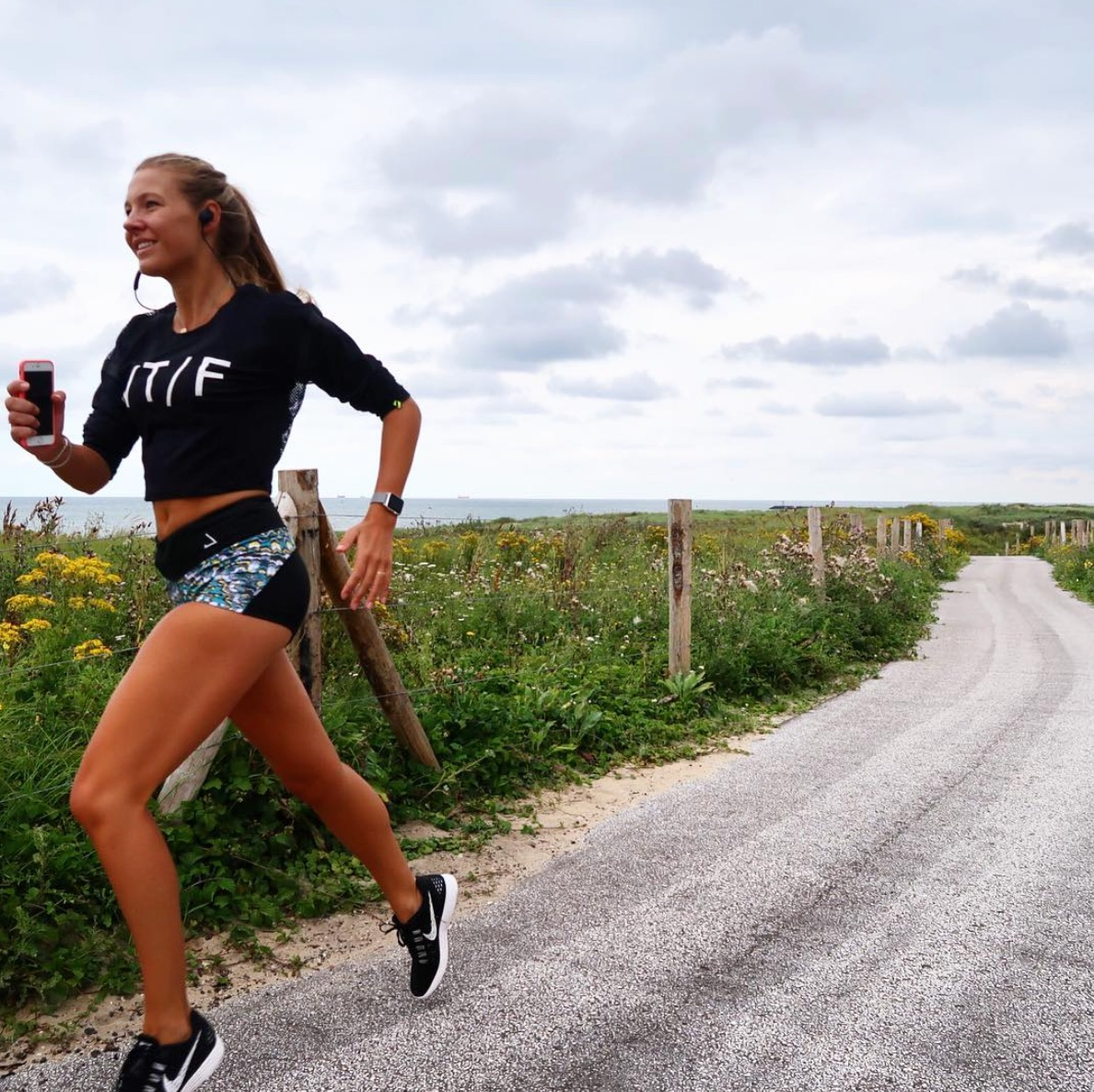 It took me some six hours to finish the final design, and all I got was a lousy fragment in her vlog where she showed the design on her phone to the camera. A month later, it is unlikely that she will ever use it for anything, so I took it upon myself to create this blog post, to at least have some personal vindication of it being shown to the world. So, here it is – although you have seen a small preview above, this is the entire design I came up with: 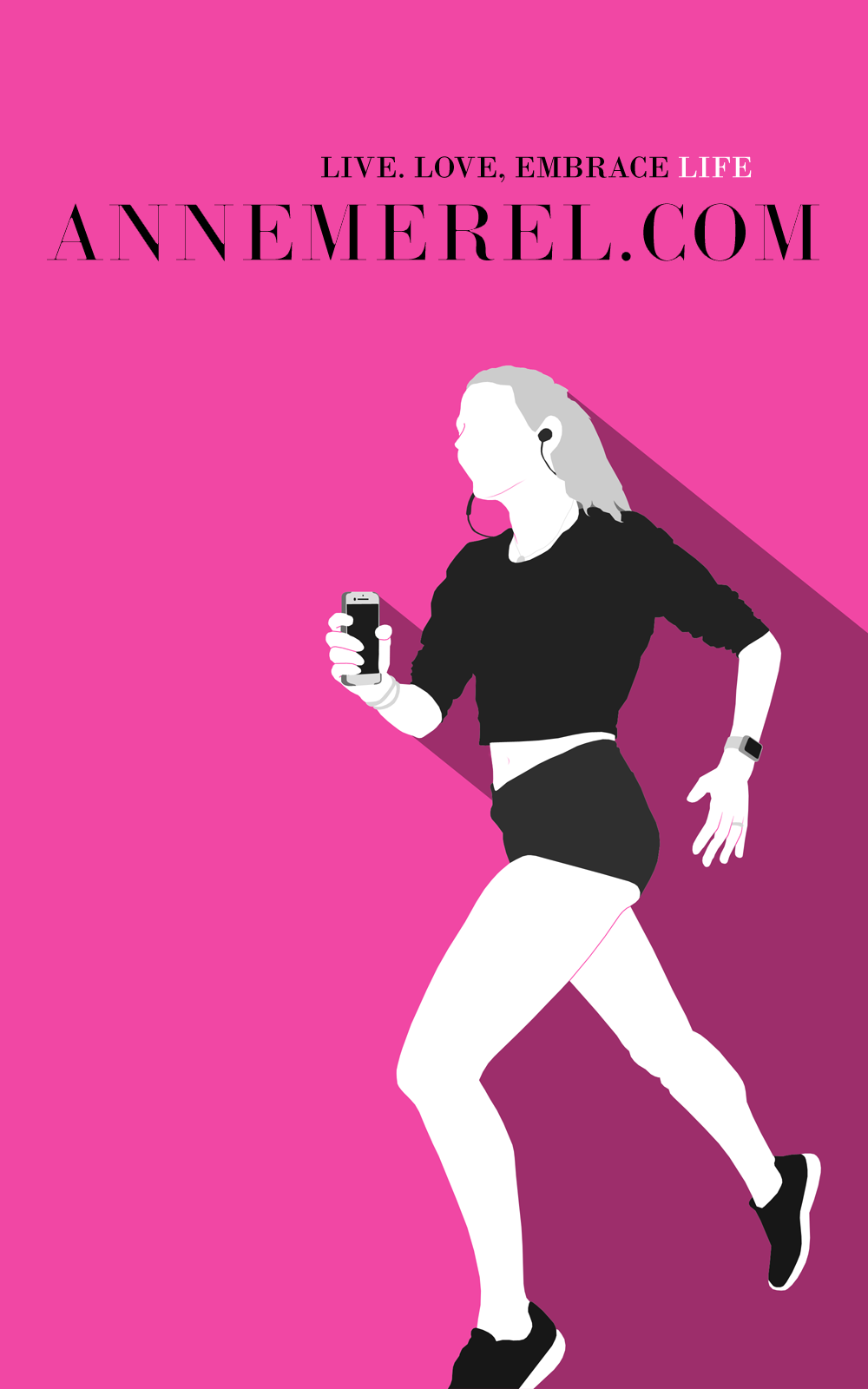 Feel free to let me know what you think in the comments below. Alternatively, if you want to call my sister stupid for not using the design, you can reach out to her via twitter, @Annemerelcom. To make your opinion visual, here’s a little strawpoll for you to vote on: