Formula 1 2017 Pre-Season Testing Preview; What, When, Who, Where, and the meaning of it all

Long have us Formula 1 fans waited for this. At the moment of writing, it has been exactly 90 days since the flag dropped in Abu Dhabi, which saw Nico Rosberg crowned World Driver’s Champion, snatching the title from his teammate Lewis Hamilton who had won the previous years and was the favourite to take the title in 2016 by a mile. In these 90 days, us fans have eagerly been waiting for this moment to arrive. The moment when the newly developed cars take to the track to prepare for the upcoming 2017 season, next monday in Barcelona. As we look ahead to the coming season, I will also look back at what happened in these three months when F1 was on hiatus, and do a little math on what to expect from the next few weeks of testing.

On the 27th of November at around 18:30 local time (GMT+4), the final lap of the Abu Dhabi Grand Prix was completed. While Lewis Hamilton took the checkered flag first, it was his teammate Nico Rosberg who had the biggest smile on the podium as his second place finishing position guaranteed him to win the 2016 WDC trophy. This promptly led Rosberg to retire from racing, having achieved the goals he set out to achieve as a young kid.

Rosberg’s sudden departure led to a chain reaction started by the frantic search for Hamilton’s new teammate, which was ultimately found in Valtteri Bottas. In turn, Bottas departure from the Williams F1 team prompted his retired teammate Felipe Massa to return from his own retirement, which had only lasted for 50 days. 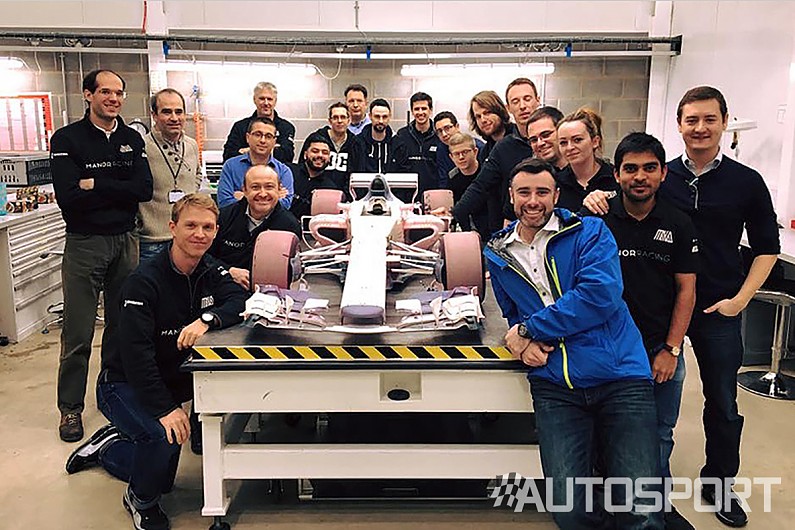 Sadly, this off-season saw Manor Racing go bankrupt, and the outfit which entered the sport in 2010 failed to find a buyer. While they did have the design for their new car largely completed, 2017 will see the grid be reduced once again to ten teams, fielding a total of twenty drivers.

Other driver’s changes saw Pascal Wehrlein being confirmed at Sauber, replacing Felipe Nasr who had lost his Banco do Brasil sponsorship money meaning that he could not continue paying for his seat at the struggling-for-money outfit. Nico Hülkenberg switched from Force India to Renault, citing the opportunity to drive for a ‘works’-team (team with official backing from a car/engine manufacturer) was too tempting. This meant that Wehrlein’s former teammate at the now defunct Manor team and fellow Mercedes-junior Esteban Ocon gets to drive the number two car at Force India.

As was widely known for about a year, Vandoorne will replace the retired Jenson Button at McLaren, having previously scored a point for the team in Bahrain after Alonso’s big crash in the 2016 Australian Grand Prix forced him to sit out the second race of the season. Gutièrrez was replaced by Magnussen at Haas, while 18-year-old Lance Stroll will get to prove his worth alongside Felipe Massa at Williams.

At the time of writing, seven out of the ten competing teams have presented their cars, the rest are assumed to present their car tomorrow. There were some gripping regulation changes regarding the design of the car, which means that (unlike last year) the cars look remarkably different. Lower rear wings, sharkfins, T-wings, and weird intricate design-stuff happening around the sidepods.

The first to unveil pictures of their car was Sauber last monday, followed by Renault on tuesday, Force India on wednesday, Mercedes on thursday, and Ferrari and McLaren on friday. Today, Williams showed their 2017 competitor, having previously shared digital renders of their car last week. This means we can now have a nice overview with added pictures of their new cars:

Pre-season testing will consist of two periods of four days in which teams will get the chance to test their car on the Barcelona circuit, aptly named Circuit de Barcelona-Catelunya. The first period will start February 27th and will finish March 2nd, while the second period will start March 7th and will run through March 10th. The first week will almost exclusively be used  by the teams to test the car and engine itself and gathering data on its on-track behaviour. The second week will be used to improve upon the first week’s data by altering aerodynamic elements on the car, engine and/or gearbox settings, etc.

In these two weeks, teams will have their cars do approximately a 1000 laps. This is about 4500km on the 4.5km track, or 3000 miles. Each team is allowed to run one car per day from 09:00 to 13:00, and from 14:00 to 18:00 (local time, CET), which means most teams will opt to give daily turns to their drivers in order to get to grip (pun intended) with the new car. Mercedes has Hamilton and Bottas take turns each day driving the day, one in the morning followed by the other in the day. The final day of testing will be run in wet weather conditions to test the new Pirelli intermediate and wet tires. As far as we know at the time of writing, this will be the line-up for the first week of testing:

One thing is certain, though: Pascal Werhlein will not take part in this first week in testing, as he has still been sidelined by a back injury as a result from a crash during the Race of Champions event last January, he will be replaced by Ferrari junior Antonio Giovinazzi

Can we draw conclusions from testing?

Especially the first week of testing, it is important not to get too carried away by the results of each session. Yes, you can generally see who will be in the top-half and who will be in the bottom half of the chart by the end of the season, but the tests itself are notorious for teams not showing the true potential of their car to competitors. This is called sandbagging, and is mostly used by the top-tier teams – excluding Ferrari. Ferrari is notorious for playing up hopes by topping the testing charts each year, only to show disappointing results come the first race.

On the other hand, privately held teams such as Williams, Sauber and Force India benefit from this sandbagging by the top-tier teams. They don’t use this tactic, in order to show competitive laptimes and possibly attracting sponsors who would jump at the opportunity to feature their logo on a front-running car.

In order to show this, I have set up a spreadsheet for last year’s testing. Here are the results for each day in the first week;

As you can see, both on best times and average best times, Mercedes came in 4th but eventually won both championships by a landslide. As you can see, Ferrari had both the fastest lap time, as they had the best aggregate over the four days. They were followed by Force India (eventually 4th) and Red Bull. Especially Sauber posted remarkable times for their eventual positioning in the WCC and WDC.

The second week of testing showed Red Bull heavily sandbagging, while Williams had the fastest aggregate. Sauber were back where they belonged, yet Haas was still running below their potential. This one can be explained by Haas being a new outfit and them carefully building confidence with their car.

If you take these results, and directly compare them to their eventual standing at the end of the season, you get the following data:

A better measure, though, is the average best lap time taken from the first week of testing with a total discrepancy of 16 (average 1.5), which is the same number you get when you combine the averages of both weeks. Yet there is still a difference too big to reliably predict the season based on this data.

So, what is testing for then if it does not directly correlate to the eventual standings? Well, it is mainly for the teams to test their designs, as stated above. On the other hand, it is also for us fans to make wild and wishful predictions based on entirely unreliable data that essentially tells us nothing. After three months of nothing, this is a whole lot for us to enjoy, and enjoy we will. We will not be held back by any rational arguments telling us to curb our enthusiasm. No, ’tis the time for wild speculation, only to be disappointed once the season starts for real, on friday the 24th of March in Australia.