How To Make Dota 2 eSports Even Better

I love Dota 2. I love playing it, and I love watching live tournaments – online. However, something has started to bother me. While some teams get invited, they perform poorly. Exemplified by the victory of Team OG today, a new team which showed every directly invited team who’s boss. Do we really need direct invites anymore?

If you’re like me, you just saw Team OG take a convincing victory over Team Secret in the final of the Frankfurt Major, taking 1.1 million dollar of prize money from the 3 million dollar prize pool. Team OG were the underdogs, they are a recently formed team, qualifying for the tournament, and making it through the lower bracket all the way to take the whole tournament.  Of the 16 teams, and over 6 days, OG proved to be the best, defeating the 8 invited teams in the process. This got me to think about the tournament format. Not that I don’t like an underdog team pulling an offset and defeating powerhouse teams like Secret and Evil Geniuses, but on what criteria are the invitations sent? 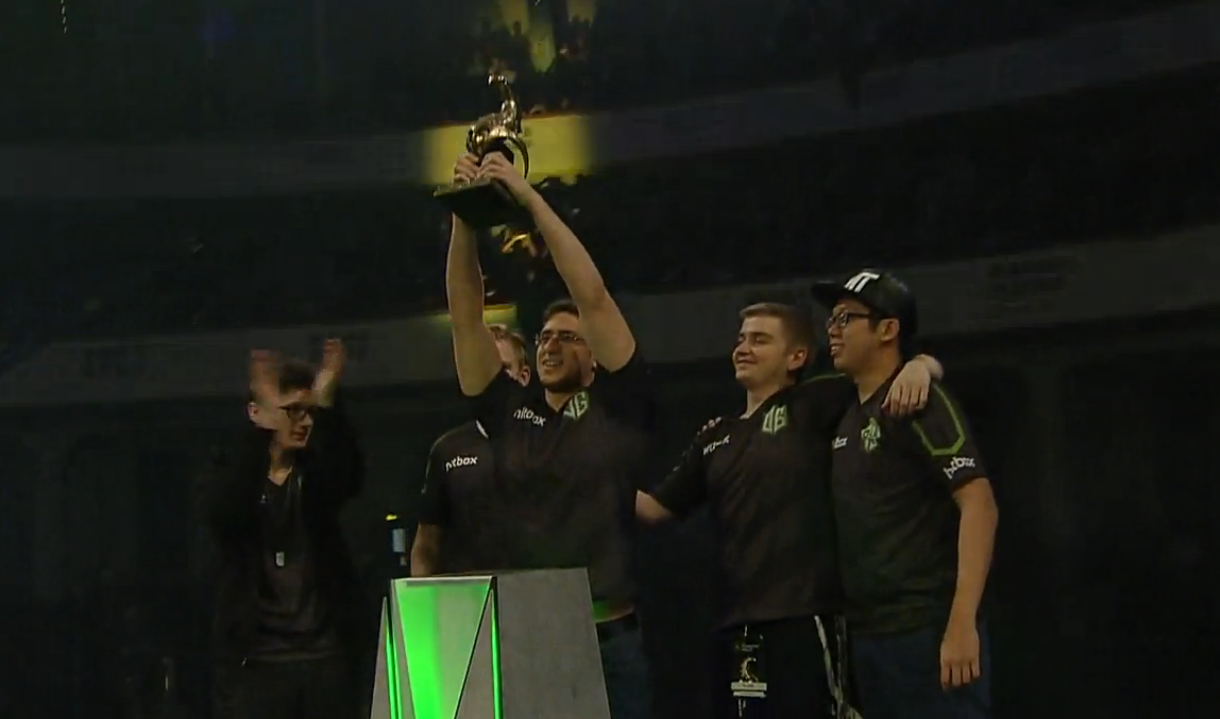 Valve, Dota 2’s developer, keeps their method of selection a big secret. What it basically boils down to is a combination of recent results and reputation. However, in deciding the 8 invited, they have to make hard decisions – keeping some deserving teams out of a direct invite, instead having to qualify for the tournament themselves. Herein lies a problem though: inviting a team to a LAN-tournament gives them an unfair advantage, potentially keeping them more relevant in the scene. They have the advantage to show their worth on the big stage without having to worry about qualifying (instead coming up with new strategies) and it upholds their reputation in terms of exposure. Finishing in the top half of the major will probably lead to a direct invite to the next major, creating a ‘circlejerk’ of the current top-tier teams, making it more difficult for up-and-coming teams to place for the tournament and get the exposure they deserve.

Instead, I propose the following: no direct invites for the majors. None.

Have every team fight for their spot on the tournament. Previously, invites were sent out to ensure the audience’ favourite players were ensured a spot in the tournament. Especially for smaller tournaments, with less prize money, this formed a problem: they need viewers to get sponsors and earn money from the tournament, ensuring the economic survival of the organizer. However, with the scene growing, more and more teams have their own fanbases. ‘Old’ players who get kicked out of their team forming new teams with up and coming youngsters, or newly professional players who try to make their way through the ranks themselves.

In my opinion though, especially with the majors, invites are no longer necessary. It could even be harmful long-term, making the scene stale and ‘more of the same’ for every tournament (especially EG, Vici and Secret have been guaranteed top 5 for almost a year now). Especially in eSports, teams form and disband at a quick rate, the only stability in team formations is found in the top tiers. Team OG will probably be ‘safe’ from any transfers for the upcoming year, and will probably continue to do well. However, lesser teams like NiP disband because they couldn’t make it into the major.

If there are no invitations, all 16 spots are fair game. Maybe some fan favourites won’t make it in, which is okay. There are enough other teams to root for. A team not making it in will be proof they are undeserving of getting an invitation anyway. This gives every team, however new or old its reputation, a fair shot at making it to the major.

Another proposal: Have the top 3 of every major directly qualify for The International. If, for instance, Team OG places in the top 3 in the Shanghai major as well, the direct qualification spot will go to the #4, and so on. This way you’ll have 9 direct invites, without any question as to what criteria Valve uses for inviting a team. And while you’re at it; have TI6 consist of 24 participating teams to differentiate it from the major. This way, 15 teams can still find a way to qualify. China, SEA, EU, NA and SA can have qualifiers for two extra spots, and then a small tournament to decide which other five teams will make it in, composed of the best regional 3rd and 4th place finishers from each region.

Some would see some problems with a top 3 major finish lead to a direct invite. The only one I can think of directly, is how player transfers will affect the teams in three-quarters of a year. If four out of five players leave Team OG, will the team still deserve their TI6 spot?

In football, if a team qualifies for the Champions league, it isn’t barred from changing their team in the transfer window as well. The same goes for every other commercial team sport. It is the decision of the team; if Team OG thinks they can improve their team by changing their roster, fair game.

While it is too late for the Frankfurt Major, I hope the next Major, in Shanghai, will take after this. While it might not be a big problem right now to most people, we will see what everyone thinks in about 8 months if things don’t change. I foresee a lot more problems, a certain ‘fatigue’ people feel when watching the third major, and possibly even TI6, since it will just be the Fall and Winter Majors rehashed. Have the majors give a different importance, next to the money; have it give a direct invite to TI6 (and be open about it!). I think this will improve the Dota 2 eSports-scene, making it more healthy, giving the majors more importance, and removing the ‘partial’ factors of Valve-decided direct invites.

(a third little idea I had; if a team like OG gets knocked into the lower bracket but eventually still wins the tournament, have the team that knocked them in the LB receive a cut from the first place prize. Nothing much, lets say 50K out of the 1.1 million, just to incentivize giving it your all every game even more, and giving a penalty to ‘dodging to lower bracket’)