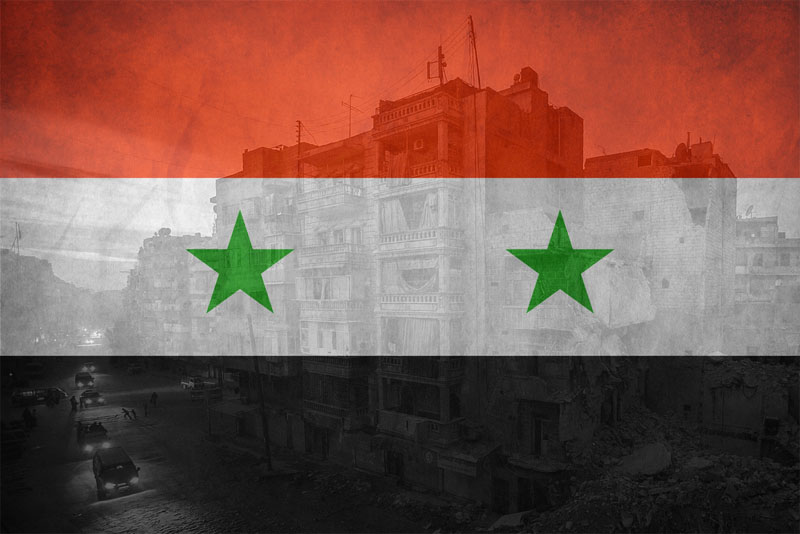 Trying to understand, and above all, make sense of what is happening in Syria for the last few weeks is like a rollercoaster in zero gravity. Nothing makes sense. The carts could go either way, up or down. Suddenly, Putin is the one using diplomacy (source: The New York Times), while Obama is thinking of aiding a known subsidiary of al-Qaeda. Hell has officially frozen over. What is going on, and why? This blog post is going to try to make sense of it all. Trying, because it is THE most complicated conflict of the 21st century as of yet. Please, bear with me on this one.

August 20th, 2013. Obama addresses the press regarding Syria in an improvised news conference at the White House. He claims not to have authorized military operations against Syria as of that moment, but, he also states: “We have been very clear to the Assad regime, but also to other players on the ground, that a red line for us is we start seeing a whole bunch of chemical weapons moving around or being utilized. That would change my calculus.” (source: The Washington Post)

August 21st, 2013. Around 2:30 in the morning, shells drop in the suburbs of Damascus, as they did the nights before. One difference, however. These were not normal shells. They were filled with toxic gas. The shells that dropped that night released the gas in (conveniently) rebel-controlled territories, leaving a rumoured total of around 1,500 men, women and children dead. In line with his previous ‘red-line’ announcement, Obama started using war-rhetoric. He went to David Cameron for support, but he was called back by his parliament which refused to authorize attacks on Syria. French PM Francois Hollande supported Obama, disregarding any popular demand not to engulf the country in another war (France is still fighting in Mali).

However, on home turf, Obama himself was (just as Cameron) under scrutiny from the US Congress.

Meanwhile, a delegation of the UN was sent in to investigate the alleged chemical attacks. Based on their discoveries, the UNSC would reach a verdict on whether or not to strike at the roots of Assad’s regime. Many countries waited for the ruling of the United Nations Security Council, which had two opposing camps: the pro-involvement camp which was made up of the ‘West’, led by the US, and the anti-involvement camp. i.e. Russia.

Before the UNSC could reach a verdict, John Kerry ‘jokingly’ stated that in order for Syria to avoid US intervention it would have to put its chemical weapons arsenal under international protection, after which the weapons would be dismantled.

Suddenly, things happened fast. By the end of the next day, Putin and Assad had come to an agreement which did just as Kerry said, putting American involvement in the fridge for the time being.

It should be all good, then?

Well, there are numerous questions which arise in my head while putting all of these events in order.

Question #1: Is Assad that mentally challenged that he used chemical weapons the day after Obama warns him not to?

There are numerous answers to this question. I’ll put to (digital) paper a few of them.

Option 1: Obama already knew chemical weapons were going to be used and made the statement as a justification for war. As the Washington Post stated, intelligence agencies where “watching closely how Assad’s troops were loading chemical containers”. However, this answer isn’t satisfying enough. Assad could’ve aborted his plans. Using chemical weapons after such a clear warning by Obama is an indirect declaration to the US, and doing so is practically suicide.

Option 2: Assad didn’t use chemical weapons. I do think chemical weapons were used, as confirmed by Human Rights Watch. However, by whom? As with anything, you’d have to watch who would stand to gain the most by the downfall of Assad. Certainly not Assad. The rebels are a clear answer. Could they have used a so-called false-flag attack on their own citizens? If so, how did they get the chemical weapons? And, which rebel group would have done this?

There’s only one clear answer: Jabhat al-Nusra, a Syrian subsidiary of al-Qaeda and quite open about it as well. Since 2012, this group is marked as a terrorist organisation by both the US and the UN. It’s these guys that are perverting the struggle for freedom by the ‘Free Syrian Army’ and other groups. What do they stand to gain? Well, to start, drawing the US into the conflict and further destabilizing the region, creating the anarchy al-Qaeda has been striving for all those years.

After the agreement between Assad and Putin, mainstream media screamed “ASSAD DID IT, LOOK, HE HAS CHEMICAL WEAPONS, HE’S GUILTY! OFF WITH HIS HEAD”. However, this isn’t a question about having chemical weapons (a fact that, to me, was already established). The real question is; who used them? To me, there is only one clear answer: Jabhat al-Nusra. Not Bashar al-Assad.

A possible 3rd option, and this is highly speculative, could be Israel. Assad has always been opposed to the Israeli state. Creating a reason for the US to meddle with the Syrian conflict could be beneficial for Israel as well.

Question #2: Why does Obama want a war so badly, and why didn’t they offer the option for Assad to give his chemical weapons up to the international conflict?

Option 1: Obama is deeply concerned with the Syrian people and their humanitarian needs. 117,000 people have been killed since the beginning of the civil war in 2010. However, further questions arise with this option: why does Obama, by preparing for a war against Assad, indirectly help a known subsidiary of al-Qaeda, which isn’t going to help the Syrian people in the long run.

Option 2: Obama’s goal is to destabilize the region even further. I once read a book, “The Next 100 Years” by George Friedman. In this book, first published in 2009, the author describes through the rational choice theory how the next 100 years of international politics will look like. It has a whole chapter dedicated to the middle east. It states that the US will openly or covertly try to destabilize the region to prevent the Middle East becoming a united force to be reckoned with.

A united Middle East is a serious problem for the status quo of international politics. The largest oil-reserves are of course in its area. With oil becoming more scarce, and more expensive every hour, these reserves and the people who control them, are going to be big players in future politics.

Now, Syria doesn’t have any big oil-reserves. However, it is a big ally of Iran. Iran isn’t really known for its oil as well. What Iran does have, is political power. Iran could become a stabilizer in the area, and unite the region. Iran however, is deeply opposed to the US-backed Arabs, identifying themselves as Persians. War with Syria will draw in Iran, and could become a legitimate reason for the US to attack Iran.

Option 3: Obama did use diplomacy behind the scenes. Sure, they have used diplomacy, but I can’t imagine that the destruction of the chemical weapons arsenal wasn’t put forth on the table by Obama. For some reason, Assad must’ve declined before. I don’t think the US is stupid enough not even to consider a diplomatic offer, unless they really, really wanted war.

So, what is really going on in there? I don’t know for sure, but I have my suspicions. I can’t be sure, because the real story isn’t out there officially. Certain mainstream-media outlets are deliberately distorting the view on the conflict, and I don’t know if I can fully trust RT as it is Putin’s personal plaything and propaganda machine.

What is for sure, that there are bigger things in motion right now than just the Syrian civil war, and strangely enough only Putin seems to be willing to de-escalate the larger ripples in international politics this conflict is creating. One thing is for sure, we haven’t been so close to a 3rd World War in the 21st century yet. However, that is not saying much, as a 3rd World War hasn’t been close at all the past decade. But, with Obama’s war-rhetoric, Iran’s blind alliance to Assad, Russia’s involvement, and al-Qaeda’s now international reach, I’d call it a code yellow. Not orange, and certainly not red.

Personally, I feel very sorry for the suffering of the people in Syria. But, I think they are better off with Bashar al-Assad than with Jabhat al-Nusra. Overthrowing Assad could potentially harm more innocent people and bring out an all out war between the US and Iran, which Iran is obviously going to lose, but at what cost to the US? What is going to be Russia’s involvement in all this?

I feel as though only time will tell.