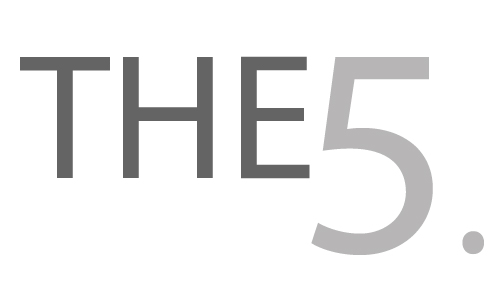 Today is saturday, which means it’s time for another list of 5 things. With this weeks topic, fictional friendships. Wait, what? Has he lost his mind? No, and if you care to read, this is quite a good topic, if I might say so myself. These fictional friendships can be anything, from books, television, video games, movies, anything, as long as it’s fictional. So let’s kick this off with number 5, after the jump.

5) Morgan Freeman and Jack Nicholson (The Bucket List)
The Bucket List is a movie about two old geezers who can’t stand each other. At least, in the beginning. Morgan Freeman is a man from a simple background. He’d been working as a car mechanic before being diagnosed with cancer. Enter Jack Nicholson, the owner of the hospital. He has been diagnosed with a brain tumor, and due to PR-difficulties, has to pair up with Morgan in the same room. The two men are seemingly very different, but due to their illnesses, they grow towards each other. They decide to make bucket lists, with things they want to do before they ‘kick the bucket’. With Jack’s financial aid, they are able to do a whole lot, until one of them dies. Truly, a great friendship, too bad it had to end.

4) Vaultdweller and Dogmeat (Fallout 3)
Fallout 3, a video game about the barren wastelands of Washington DC after a Chinese invasion had resulted in a nuclear war. You were born, safely holed-up in a vault, away and safe from the mutants. But when you decide to leave, you’re on your own. Not only mutants, but also bandits and robots seem to want only thing: your head. Enter Dogmeat. After rescuing him from a garbage dump, where he’s attacked by bandits, he’ll start following you.  He’ll notice any danger before you do, and go into attack mode automatically. This dog is so faithful, it is willing to give his life for you. If that isn’t a great friendship, you tell me.

3) Frodo and Sam (Lord of the Rings)
You can’t have a list about fictional friendships, without using any of Tolkien’s characters. It was a close call with Merry and Pippin , but I didn’t want to fill this list up with hobbits. What makes this friendship so great, is that Sam goes to great lengths to help his friend Frodo. Even if Frodo sends him away, Sam just follows him from a distance. He even offers to carry Frodo’s burden, even if he knows it might be too heavy for him. He offers the last of his Lemba’s bread to Frodo, even if it means he’ll starve to death. Even though Frodo is being an asshole to Sam, I think Sam alone deserves a third place on this list, due to his devotion to his friend.

2) Troy and Abed (Community)
During my last list of THE5, Community also made it into the top 3. Now, it has risen to the second place. I stated that Troy and Abed’s friendship is what made this show brilliant to me, or in my exact words: “The friendship between Troy (Donald Glover) and Abed (Danny Pudi) is especially awesome to watch, how they lose themselves in their imagination.” Last episode, which aired last thursday, saw their friendship endangered by a certain Guinness World Record attempt, but their friendship survived and was actually what fueled their dispute. A true friendship, but not the number one on this list, which is:

1) JD and Turk (Scrubs)
I had to convince myself to put this on the list, not because it wasn’t a good friendship, but because it was hardly fictional. Zach Braff (JD) has stated his co-actor, Donald Faison (Turk), and himself have become such good friends, a lot of their acting performances was just taken from their everyday lives. Unfortunately, the show has ended after its 9th season, but their glorious friendship remains on television, as Comedy Central sees it fit to do reruns of Scrubs, like, all the time. It’s getting annoying, Comedy Central. Buy some new shows. Anyway, this friendship shall be remembered, and should count as an example for what a great fictional friendship ought to be.