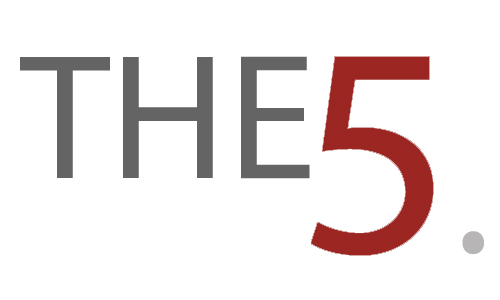 We’re back baby! After regretfully forgetting to compile a list last week, I’m now back on track with another addition, the third to be exact, to ‘THE5’, with this weeks topic: Best Indie Games I’ve Played. What are the rules for this list, you say? Well, the games need be ‘indie-developed’, which means the games aren’t backed by a publisher, like EA, Activision or Ubisoft. The second criteria for it to be on this list, is that I should have at least played it once. I can’t judge on games I haven’t played, which is quite reasonable if you ask me. Let’s start out with number five on the list:

5. Audiosurf
This game is the ultimate ‘pick-up-and-play’ game. It has been developed by Dylan Fitterer, and was released on 15 february 2008 to Steam exclusively. It uses your mp3’s to create a rollercoaster ride, which reacts to your music. If the song reaches a slow spot, you’ll go uphill. Once the music starts picking up pace, you’ll pick up speed as well. Eventually, when the reaches its chorus, you’ll be racing down the slope. The immersion is further enhanced by bumps every time the drum hits. This results in you feeling you are ‘surfing’ on your music, hence the name ‘Audiosurf’. The point in this game is to achieve a high score on each song. There are a total of five different modes, and three difficulty levels. One of the modes is co-op, but you would have to play on one computer with your partner. Your high scores are submitted to a leaderboard, and every time someone beats your score you get an email notifying you. This only kicks in when you’re number one, as to not fill your inbox with loads of spam. You can see it in action here:

Audiosurf is available on Steam for just €9,99, but it often has some special deal running, when you can get it for 75% off. A follow up, Audiosurf Air has been announced, but hasn’t been given a release date as of yet.

4. Hard Reset
If you look at Hard Reset from a distance, it’s hard to imagine it’s an Indie game. Its looks rival that of cash-cows like Halo. But it is an indie game, developed and published by Flying Wild Hog, and saw a released on 11 september 2011. It’s a first-person shooter set in a futuristic background. The developers have stated they wanted to combine the old FPS’s, like Doom and Quake, with modern technology. And they succeeded. Not only does it feel like you’re playing a retro game, it looks absolutely gorgeous. Oh, and the difficulty level is ridiculous. I’ve never been a hero with shooters, preferring racing games to action-games, but I’ve always managed to at least finish a single player. Not so with Hard Reset. It’s a great game, just not for me. You can see it in action in the following clip:

Hard Reset is available for just €17,99 on Steam, but just like Audiosurf, you can get it at a discount once every while. Happy shooting!

3. Limbo
Limbo is quite a different game, in all aspects. It’s a 2D puzzle adventure set in a grim background, by Playdead studios and was released on the 2nd of August. Don’t expect to see any color, as the whole game is drawn from different shades of grey. You’re tasked with guiding a young boy through the world of Limbo in search for his sister, which is not the most original motive. The world of Limbo however, is so breathtaking, it deserves to be on this list. It looks almost depressing. You either hate it, or you love it. You can put me with the ones that love it, because, wow, my god, does this game create a magnificent atmosphere. Like all indie-games though, it is not that long (you can speed through it in about 4 hours), but then again, it isn’t that expensive. You can see it in action for yourself here:

Limbo is priced at €9,99 on Steam. I haven’t seen any deals yet, but those will inevitably come in a later stage.

2. Bastion
Bastion has heaped a lot of praise since its release. It was developed by Supergiant Games and published by Warner Brothers. I hear you thinking, wasn’t one of the criteria that it shouldn’t be published by a big publisher? Yes it is. I don’t know why, but this game is still widely regarded as an Indie game, wining multiple prices like ‘Best Indie Game’, so I guess my criteria are a bit flawed. Anyway, yes, this is an Indie game, and a magnificent one at that. Just like Limbo, this is mostly due to the atmosphere this game has. It has one of the best soundtracks I have ever heard in a game, and a raw, bad-ass voice over who dubs everything you do in-game. It is set in a post-apocalyptic fantasy world, and your goal is to ‘repair’ your village, the ‘Bastion’. You need to kill a lot of monsters, but fortunately you are given enough weapons to achieve just that. Here’s a little bit of gameplay:

1. Orcs Must Die!
I’ve already done a review for this game, which you can read here (click). It is, in my opinion, still the best Indie game I’ve played. It is a mix between a tower defense game, and a third person shooter. It is great to just pick up and play, or playing hours on end. It has a lot of humor built-in, and features real dynamic gameplay. As I’ve said in the review, the only thing that’s wrong with it is that it doesn’t feature a co-op mode. BUT, and this is a big ‘but’, Orcs Must Die 2! has been announced, and this game will feature a co-op mode. I’m not going to write anymore words then necessary, I’ve stated everything in the review. I will conclude by offering a quick view in the world of  Orcs Must Die.

Orcs Must Die! is available for just €13,99, but if you want all the DLC (which features new levels and traps), you’d have to pay €17,99. However, like most games on steam, this game has seen some ridiculous discounts. I bought it for about €5,-, and so can you if your timing is right.