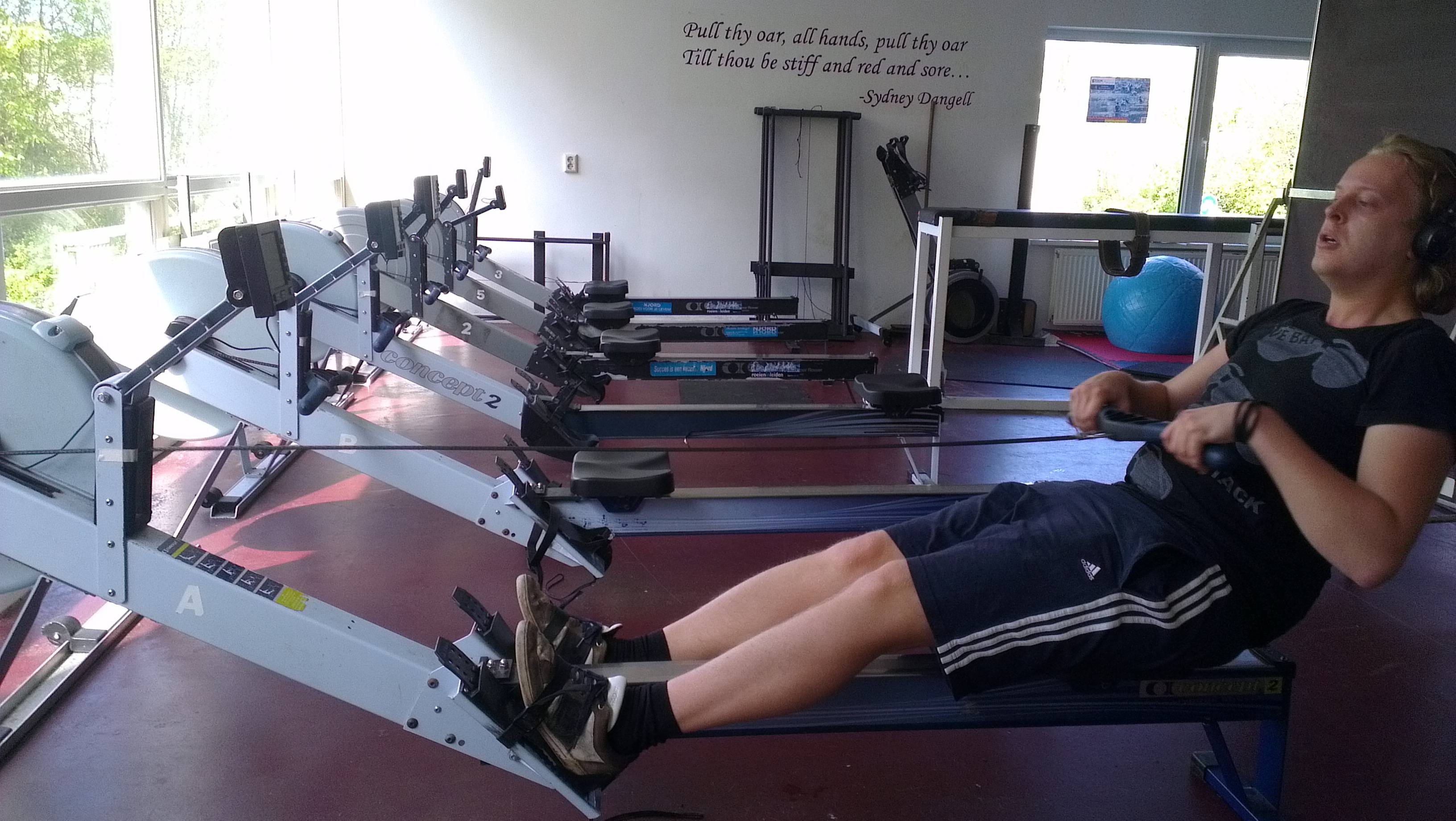 Today, some housemates that have been rowing for over a year now, invited me to come and train with them. Big mistake. Remember how I only did 2x 10 minutes yesterday? Their normal training regime consists of 2x 22 minutes. Being stubborn, I would do the same. Another big mistake. Well, I did hold it together for the first set, but the second was miserable. I was about to throw up, my head was throbbing with each heartbeat, and stars flew before my eyes. I was pretty close to fainting, but I did pull through. Results, again, after the jump. And if anybody is wondering, yes, I did wear the same clothes as yesterday. There’s no point in making another set filthy as well. 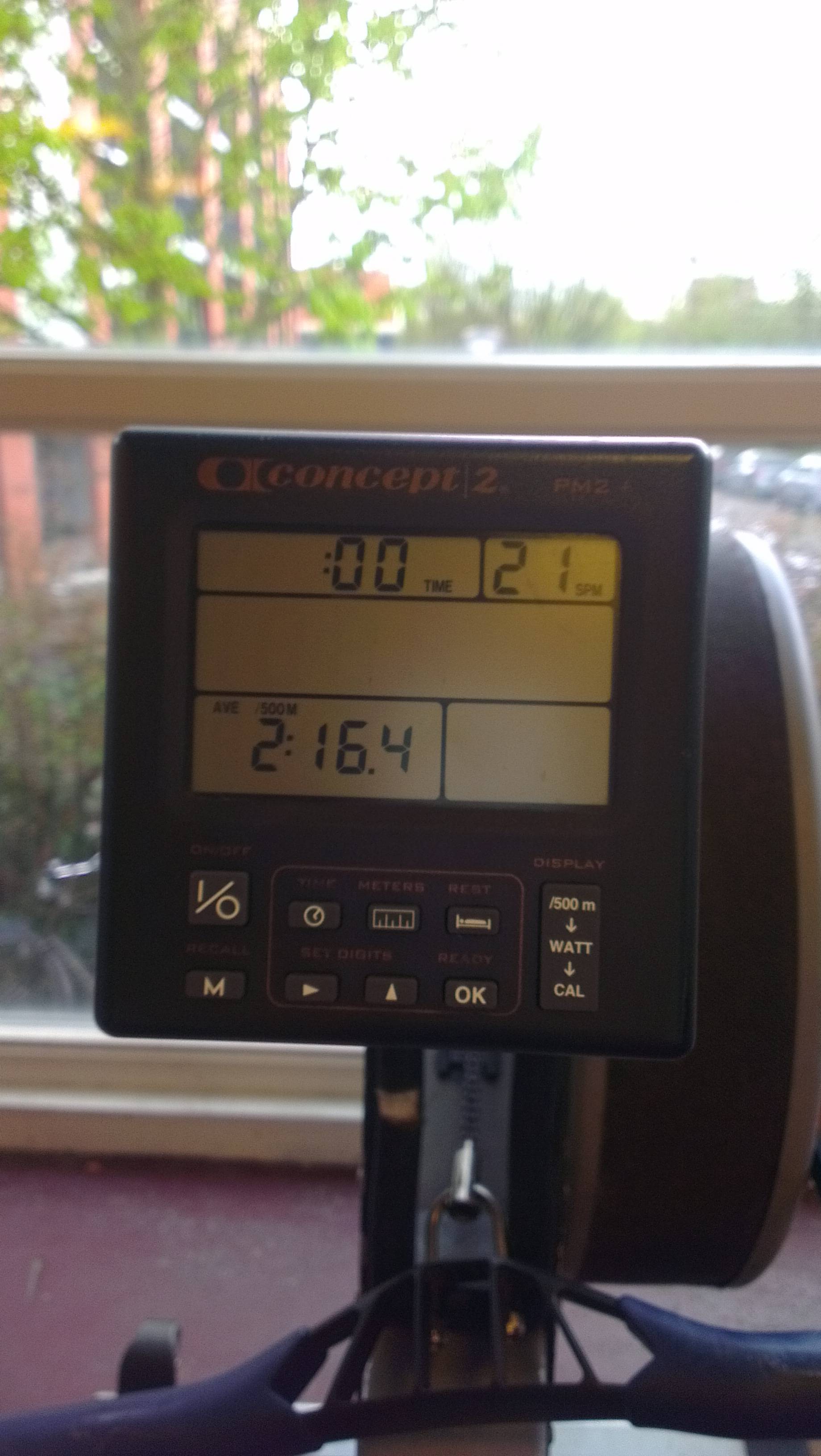 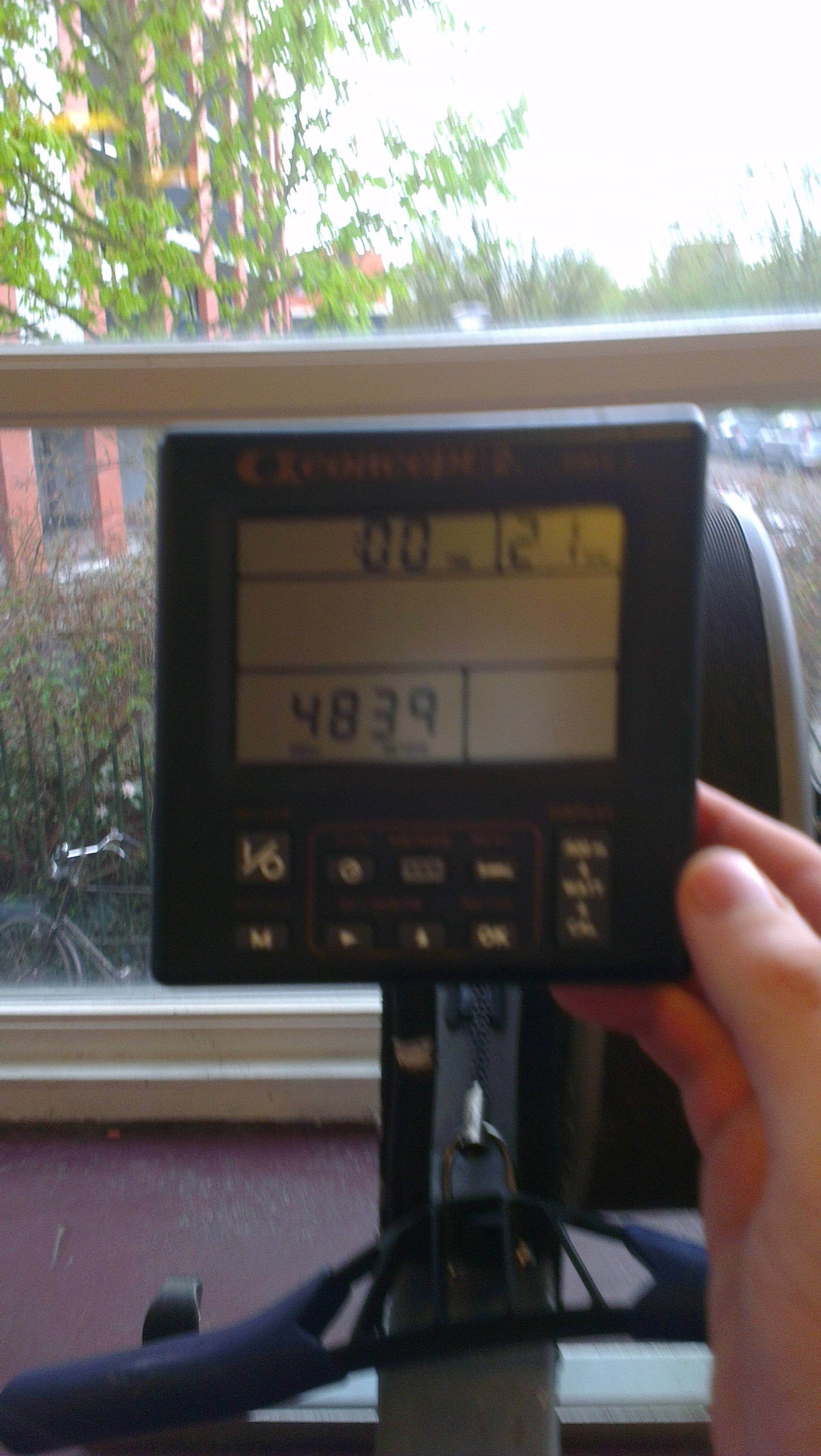 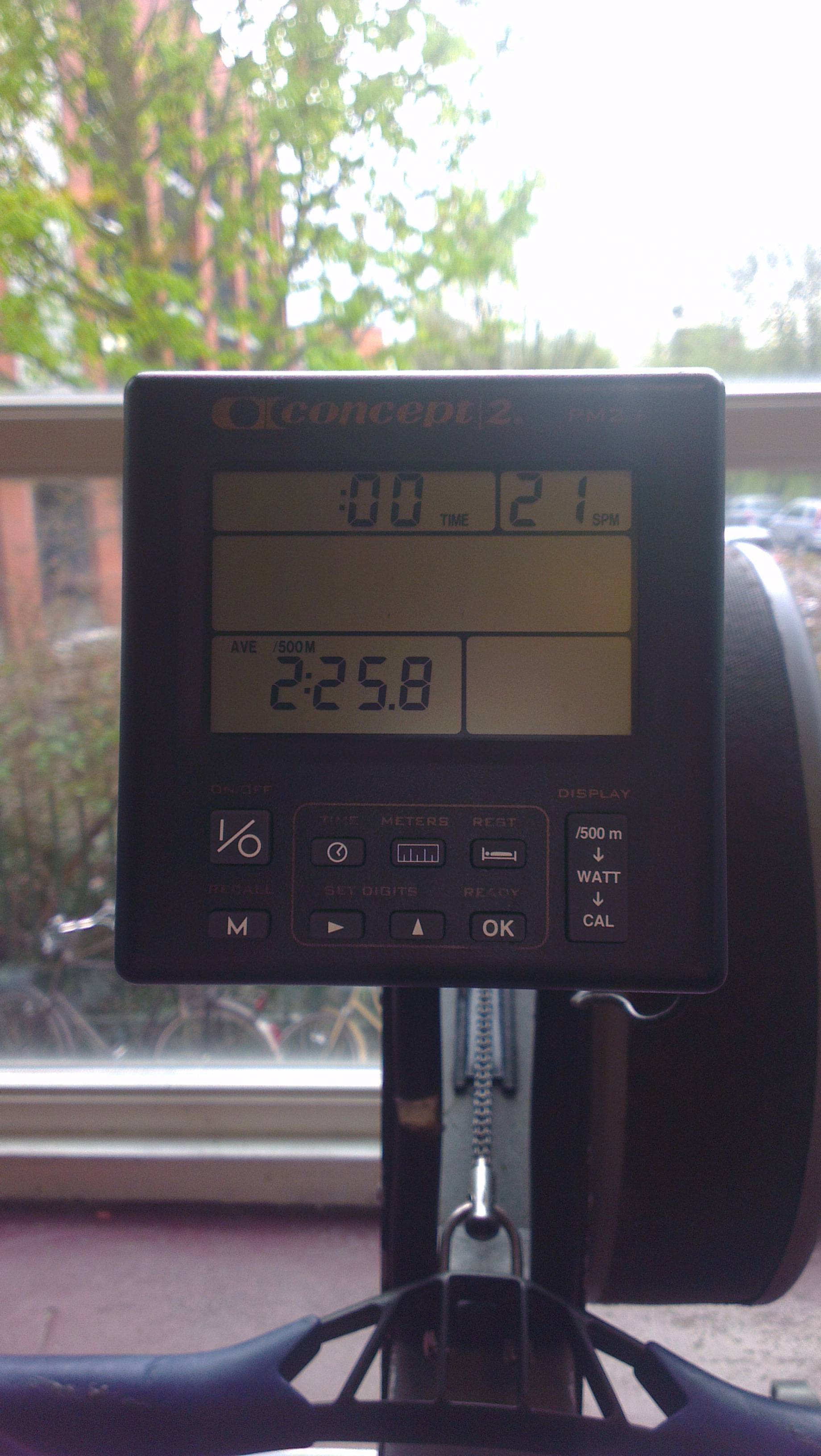 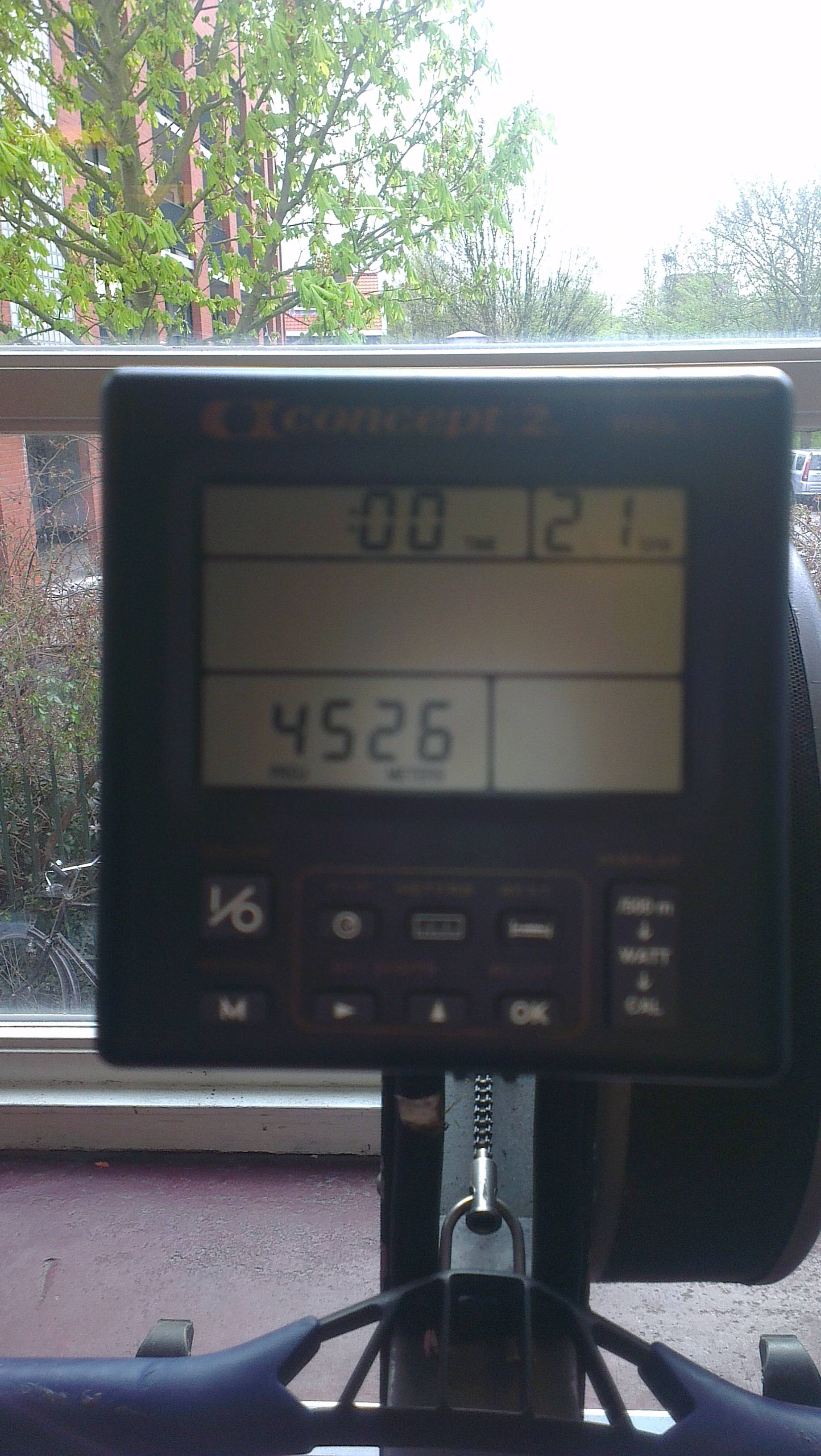 As you can see, it is considerably slower than the first set, with only 2:25.8 seconds per 500 meters on average. This resulted in only 4,526 kilometers. Together, however, I did 9,365km, over 44 minutes. On average, that’s 12,77 km/h. Not bad, for a second training. I hope to see some improvements later, but I doubt if I will train again tomorrow. My body is killing me at the moment, and the only thing I want to do now is take a nice soothing shower.