Well hello there, reader! I can’t believe it’s wednesday again, which means it’s time for the second episode of Wednesday’s Weekly, the more diary-like weekly column dedicated to everyday things and general planning for this website.

First off, yesterday I wrote a piece about the superbowl trailers. After doing four trailers, I got tremendously bored of copy pasting html codes over and over again. I decided to cut it into two parts, and promised to post the second part today. I haven’t really started on it yet, and I have good reason for that.

Yesterday was my grandma’s 80th birthday, so the whole family was invited to a restaurant in honour of her birthday. My dad picked me up as he would drive me to my parents’ house. We drove past a sports’ store, and I asked him to stop by and look if they had hockeyskates. If you’ve seen my previous post, you’d know I’ve been looking for some new ones for a while now. I was in luck, they had just gotten a new shipment. And, they had my size (43) too!

I has some money left from my birthday, so I bought them. 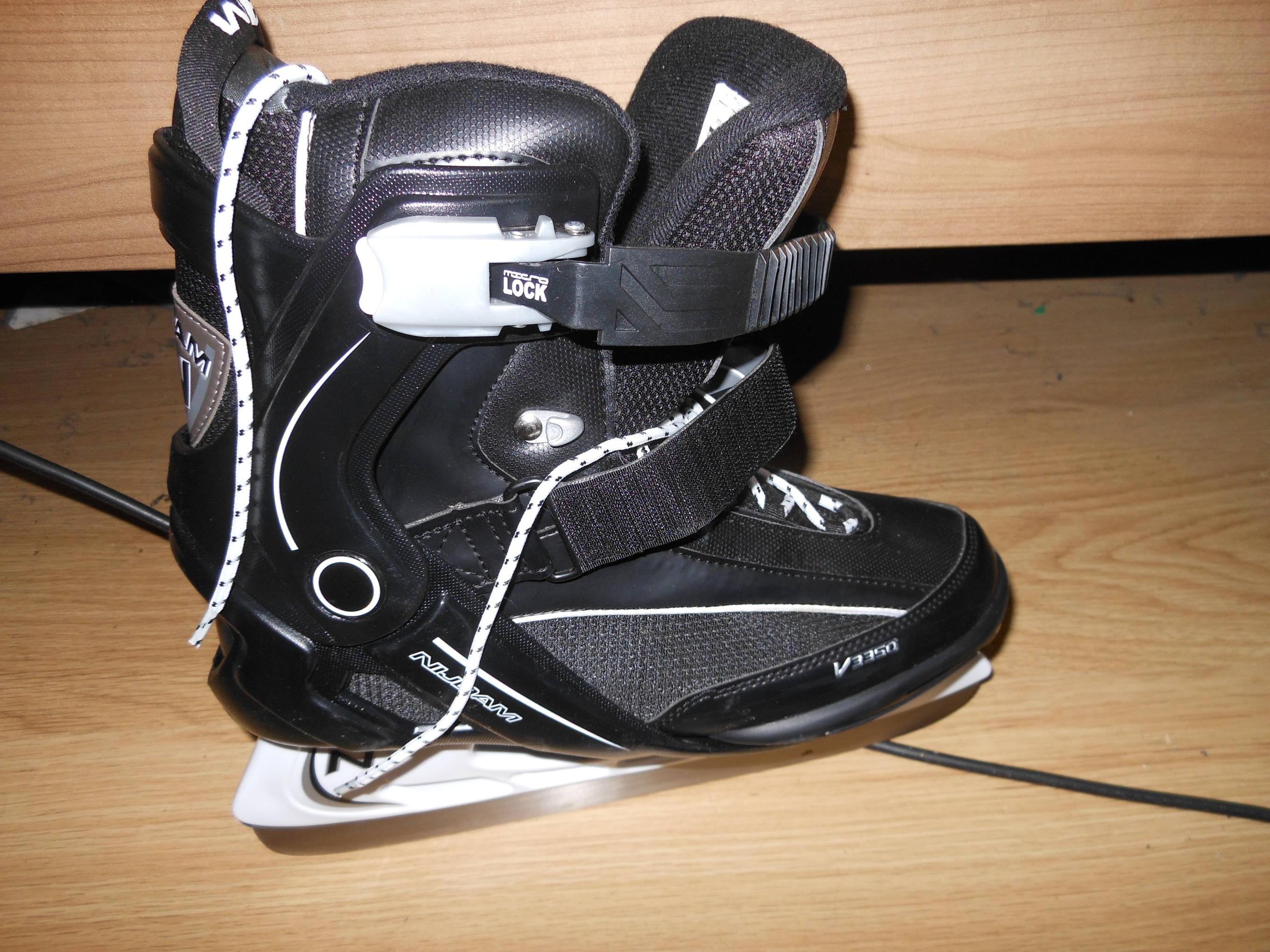 I tried them on while at my parents’ place, and miraculously; I could skate. It went pretty well. After an hour of dragging my little sister around the ice (I decided for her she should be skating too, but had to hold my hand in order to keep standing) I packed them up because it was time for the dinner party.

Today I had to wake up at 6:30, because I had to be in Amsterdam early for the first college of the semester. Now I’m back in Leiden, and all I really want to do is skate. I know I have to keep my readers happy, even though there’s probably only a handful, so I decided to at least write another weekly, so you know what is up.

I’ll write the second part tonight. Or not. For now I’m going to skate.

PS: concerning the quality of the picture above, if you compare it with my previous pictures, it has risen exceptionally. Why, is another story I’ll tell tomorrow. If I don’t die of hypothermia.