Hey there! Time for a new Wednesday’s Weekly. I already explained why I bailed on the last two weeklies, but here’s a fresh, new one for you to enjoy, the first one of 2013! What to expect from this Weekly? Welp, some pictures of the birthday presents I got yesterday. It isn’t much, but what it lacks in quantity, it makes up in quality. At least, for me. So, let’s kick things off – after the jump. 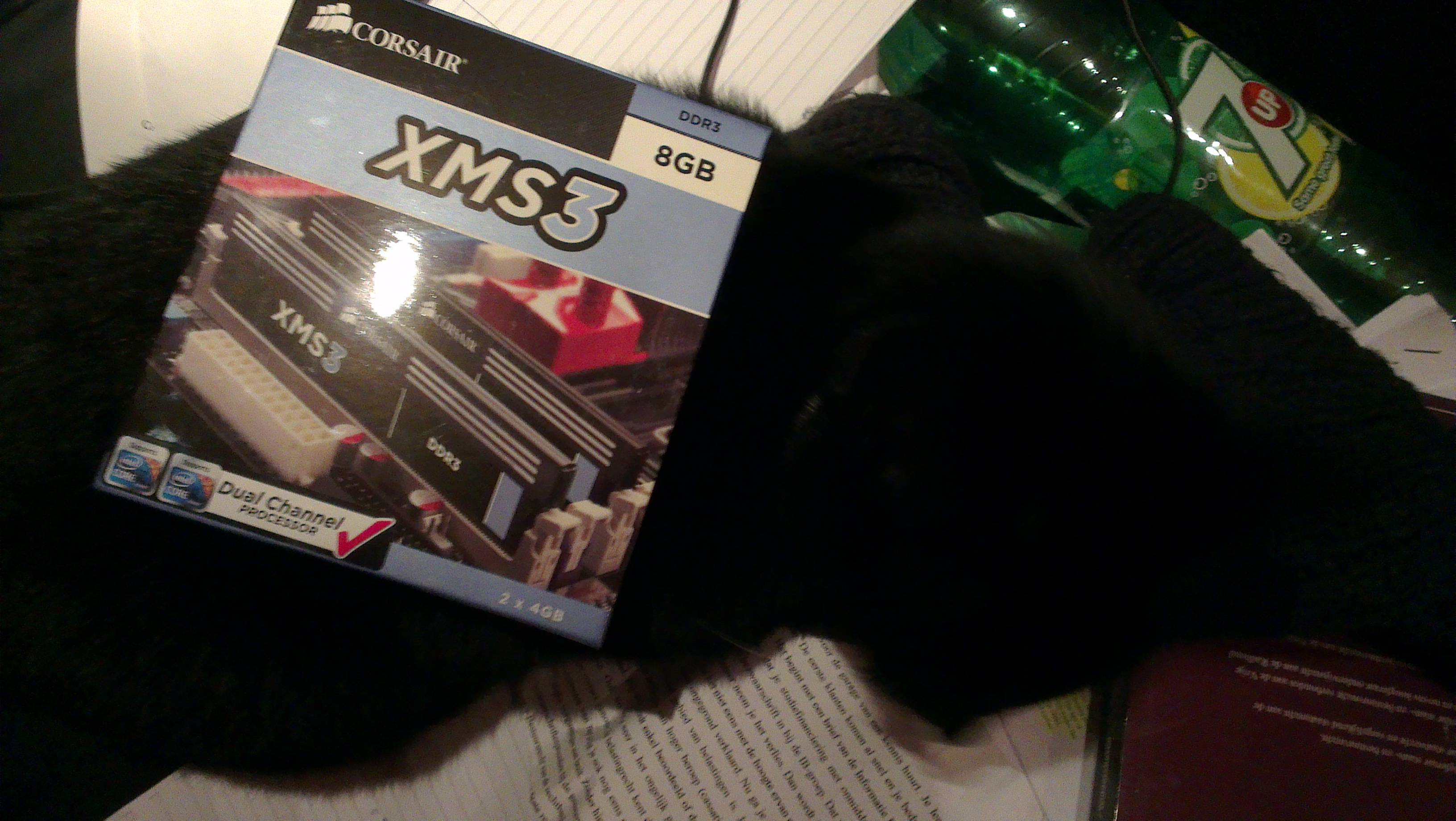 Notice how the package is lying on my cat. I wanted to punish him for falling a sleep on top of my important papers and books. But frankly, cats don’t give a damn, giving me enough time to make a few pictures until it was focussed correctly. 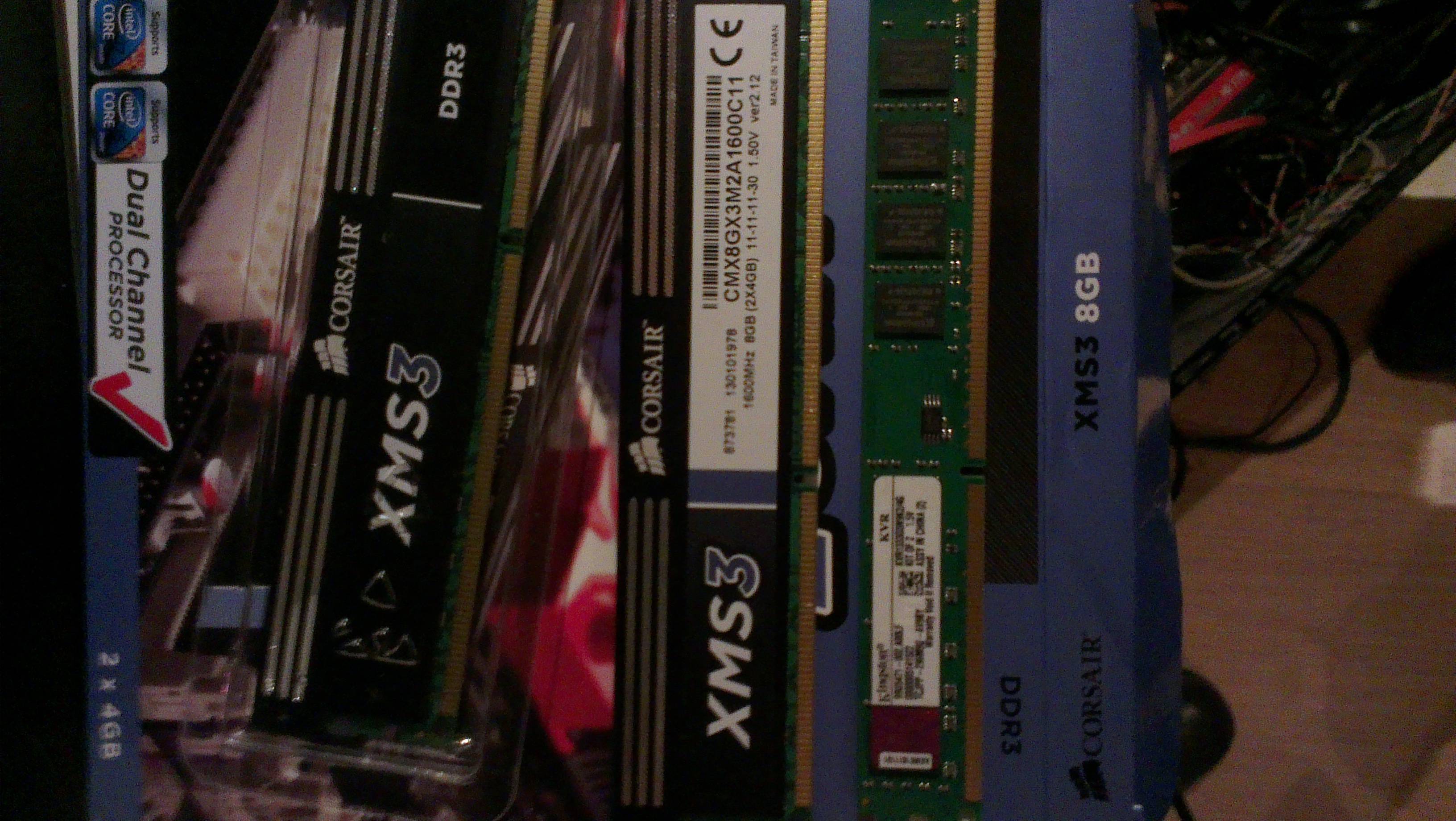 From left to right: packed, unpacked, and one of my two old RAM modules for size comparison. The big black thing on the modules? Yeah, that’s cooling. My new RAM is always cool. 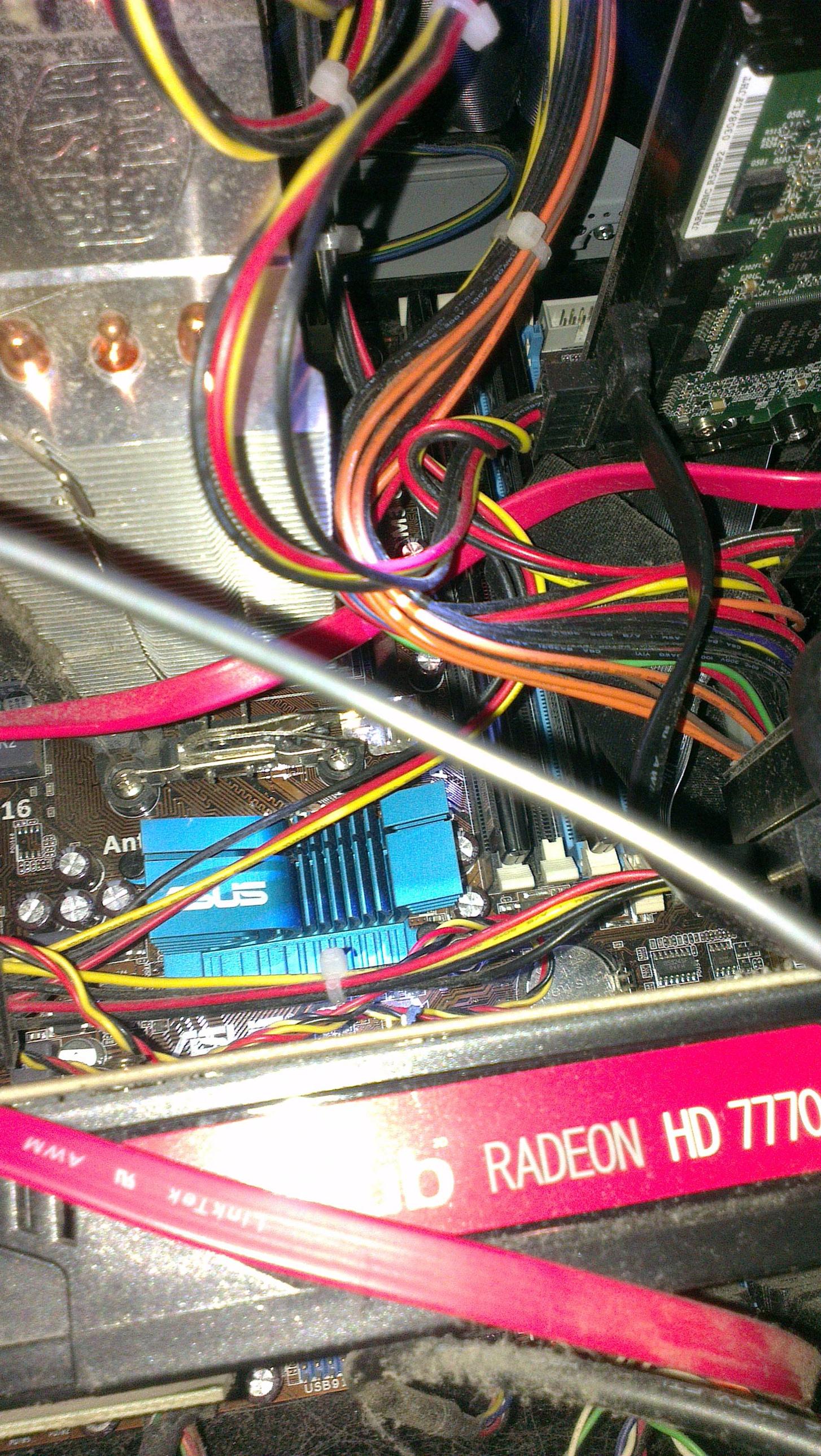 Somewhere, beneath the dust and awful wiring (which I really need to fix), the new RAM eagerly awaits the moment I turn my computer on. It was a tight fit, because of all the messy wiring, but I got it done, with some help by… 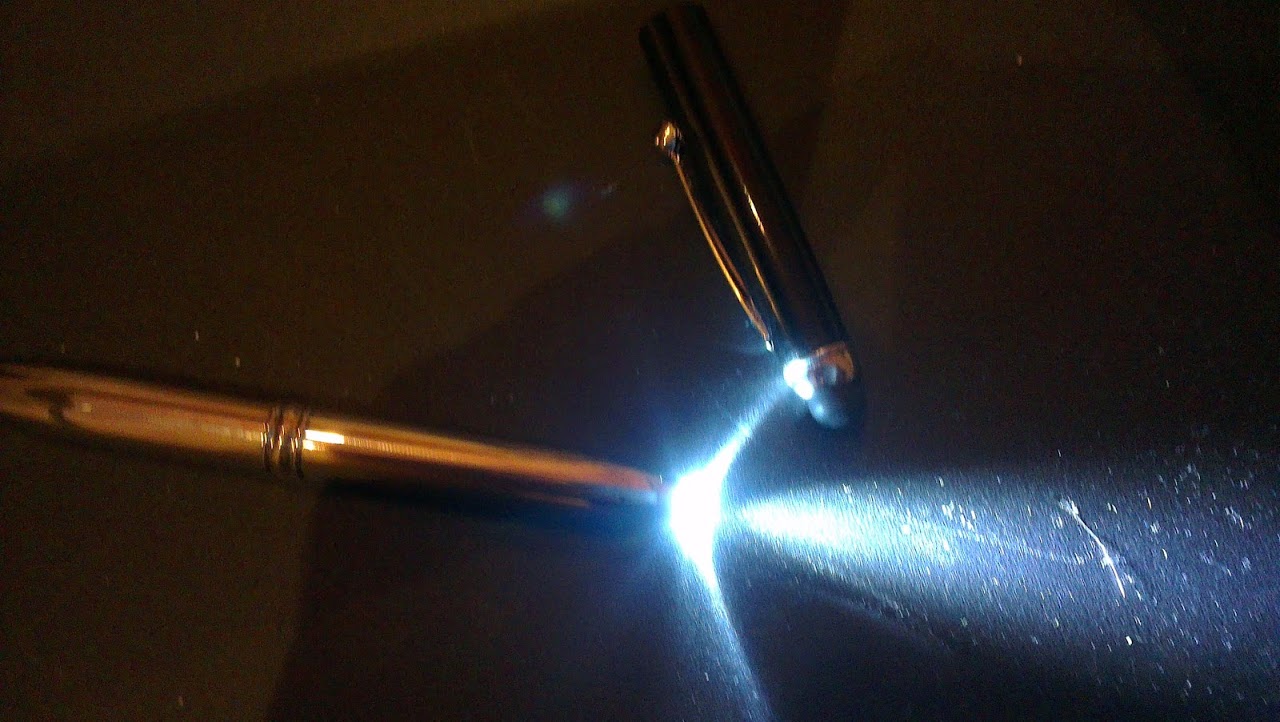 This awesome novelty pen my sister gave me. Its cover is a capacitive touchscreen, underneath the cover is a normal black ballpoint, and on the top, there’s an obnoxiously sharp LED. It really helped me pinpoint the exact position where to stick the RAM. But it works now, and I just tried playing TES: Skyrim on Ultra High quality. It resulted in 45-60 FPS, where I normally got about 40 FPS at Medium quality. So, it is a big step forward. My PC is 2013-proof. Bring on the new games (I’m talking to you, GTA:V and Crysis 3).

Now I have a lot of spare parts left over. A decent graphics card, a motherboard and RAM. I might even build a small HTPC to link to my computer and stream media. If and when I’m going to do that, you’re more than likely to find out here.