The F1 ‘Oracle’ – Trying to predict the results for GP #11: Hungary

Before I will present my prediction, let us take a look at how my prediction for the British Grand Prix worked out.

This British Grand Prix meant a decent result for me. It won’t bring me to the top immediately. A seventh spot in qualifying was great, but my race prediction was a bit lacking. Still, I remained close to the winners of this round.

My total of 39 points meant a small decrease of the gap to the number 1 spot (currently user ‘Pamphlet’) from 32 to 31 points. I’m now 25th on the total leaderboard, with the top 10 being within 12 points. Lets see if I can bring that gap further down for this race! 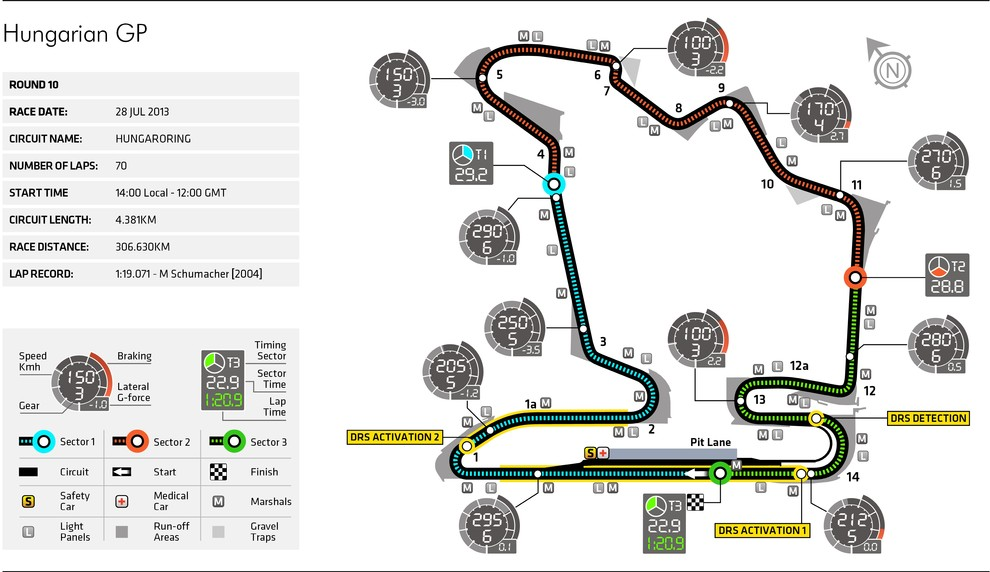 Hungary is a track where top speed is not all that important, but (mechanical) grip is. Traditionally, Red Bull perform very well here and this year they seem to be delivering the goods again. Ricciardo took P1 in both FP1 and FP2. The gaps in the top 6 however, are very close: just half a second between them in FP2.

I reckon Ferrari and especially Mercedes can pull a little closer in qualifying, but there’s a big chance it will be a three-way battle for pole between the teams. I think Ricciardo, Vettel, Hamilton and Bottas have equal chance of grabbing it tomorrow afternoon – making my prediction much harder.

Behind the top six, McLaren, Renault and Toro Rosso are primed to enter Q3. However, don’t discount Force India: they traditionally show their pace come saturday morning. However, I don’t think they are a shoe-in for P7 and P8 this time around, as their car favors high-speed tracks instead.

For the race, I expect Mercedes to show strong pace in the first half of the race. Behind them, Red Bull could possibly beat the Ferrari’s here, but I don’t think they are able to put both cars in front of the scarlet red cars. McLaren is likely to lose some ground during the race, but if (IF!) they can get their parts together, a point finish seems very likely here at least for one of their cars. Force India, Renault and Toro Rosso will squabble for the rest of the points.

Unless we have another very chaotic race, like we had two years ago when Verstappen almost put his Toro Rosso on the podium. It’s a long shot, but there is a possibility of chaos happening. Just to be sure, I’m going to subtract one from the traditional top 6. Normally, Verstappen or Ricciardo are my go-to picks, but I’ll be going with Raikkonen this time. Sorry Raikkonen fans, I hope he can prove me wrong on sunday! 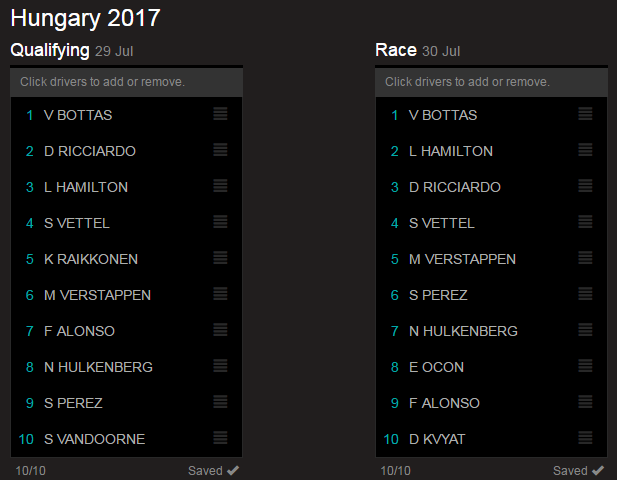 I think Mercedes is still strong enough to rise to the occasion and take the win this weekend. Bottas looks stronger than Hamilton so far, and I think this will persist throughout the weekend. With Ricciardo hot on Hamilton’s tail, I doubt Mercedes will pull team orders.

One can hope for another megastart by Verstappen, but I think eventually fifth is as far as he can reach. How Raikkonen will DNF I want to leave open. Could be mechanical, or could be a crash in the first lap.